With their third consecutive loss, the Proteas' chances of advancing into semi-finals of the tournament look slim. 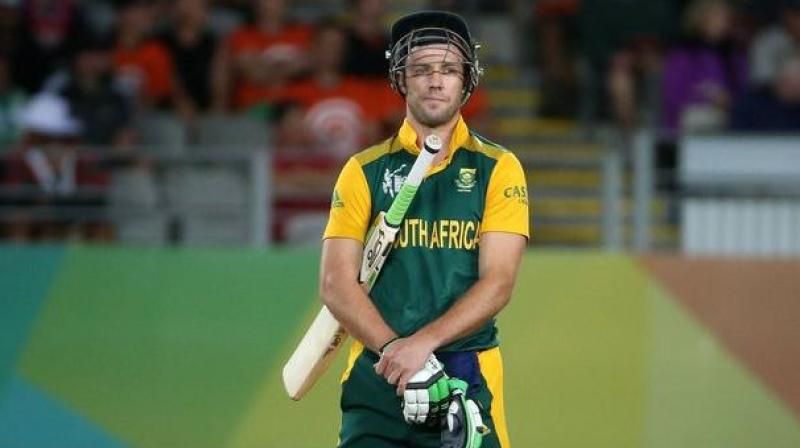 One major reason behind South Africa's poor form is the inefficiency of their middle-order. (Photo: AFP)

Mumbai: South Africa are on a dreadful World Cup run as they have lost all three matches of their campaign. After suffering defeats against England and Bangladesh, the Proteas were expecting to bounce back by registering a win against India. But South Africa failed to post a competitive total on the board. The Men in Blue achieved the target with 15 balls to spare.

With their third consecutive loss, the Proteas' chances of advancing into semi-finals of the tournament look slim.

One major reason behind South Africa's poor form is the inefficiency of their middle-order.

The presence of AB de Villiers used to strengthen the South African batting line-up. De Villiers bid adieu to international cricket in May 2018. However, a piece of shocking news is coming forward that he had offered to play World Cup 2019 only 24 hours ahead of the squad announcement of Cricket South Africa.

The 35-ear-old had approached skipper Faf du Plessis and head coach Ottis Gibson for expressing his wish to play in the World Cup. But according to the reports by ESPNCricinfo, his offer was not only rejected but it was not even considered.

One of the prime reasons behind the rejection was that De Villiers did not fulfil the selection criteria to be able to play the mega-event. He had not played domestic and international cricket after hanging his boots.

ESPNCricinfo has also reported that recalling De Villiers to the squad would have been an unfair decision for other players who had performed in his absence.
South Africa decided to rely on players like Aiden Markram and Rassie van der Dussen to fill up the absence of De Villiers.

It is evident that the Proteas are missing the services of De Villiers. It would have been a different scenario if AB de Villiers was leading the South African side in their quest for the World Cup trophy.

Also Read: India kick off their campaign with win over South Africa