India displayed an astonishing performance during their World Cup opener as they restricted South Africa on just 229 runs. 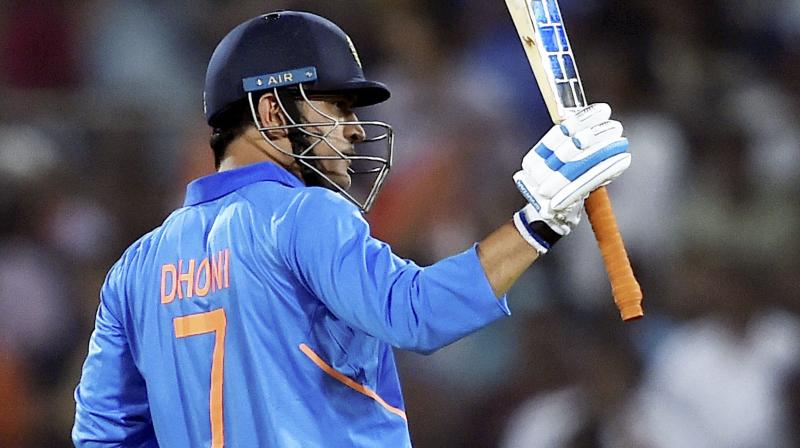 McCullum and Dhoni had the same number of dismissal, 32, but now Dhoni has 33 dismissals and ranks third on the list. (Photo: AP)

New Delhi: Despite not being able to do much with the batting against South Africa during India's opening match of the World Cup, MS Dhoni added a new feather to his cap. He equalled the record of Pakistan's Moin Khan in most List A stumping after he dismissed South Africa's Andile Phehlukwayo on Wednesday.

Dhoni stepped out on the field with 138 List A stumpings under his belt and after he sent Phehlukwayo back to the pavilion by stumping him off Chahal's delivery, Dhoni took his tally to 139 stumpings and now jointly holds the record with Pakistan's Moin Khan.

Moreover, Dhoni also surpassed New Zealand's Brendon McCullum in the list of most dismissals in the World Cup. McCullum and Dhoni had the same number of dismissal, 32, but now Dhoni has 33 dismissals and ranks third on the list. Dhoni is only behind Australian cricketer Adam Gilchrist and Sri Lanka's Kumar

Sangakkara as they have 52 and 54 dismissals to their names, respectively.

Apart from these records, Dhoni also holds the record of most stumpings in ODI cricket as he completed 121 stumpings and startlingly, no other wicket-keeper has even reached the 100-mark as he is 22 stumpings ahead of the second positioned Sangakkara.

India displayed an astonishing performance during their World Cup opener as they restricted South Africa on just 229 runs and later chased the target easily to register a six-wicket victory. It was Rohit Sharma's spectacular century and Yuzvendra Chahal's scintillating spell, which overshadowed everybody else's performance and helped India have a winning start at the World Cup.