Sheldon Cottrell has been the standout quick for the Windies, removing David Warner (3) and Glenn Maxwell (0). 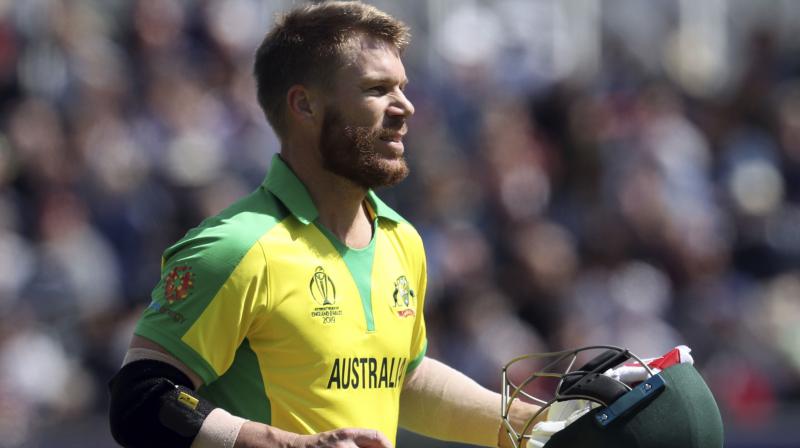 Australia is the first team this tournament to lose four wickets in the opening powerplay. (Photo: AP)

Faced with more aggression from West Indies' pace attack, Australia is in trouble on 48-4 at the end of the opening 10-over powerplay at the Cricket World Cup.

Sheldon Cottrell has been the standout quick for the Windies, removing David Warner (3) and Glenn Maxwell (0) and celebrating his wickets with a military-style salute - a nod to his army background.

Usman Khawaja was roughed up by Oshane Thomas before swatting Andre Russell behind for 13. Aaron Finch was the first batsman to depart, to Thomas, for 6.

Australia is the first team this tournament to lose four wickets in the opening powerplay.

West Indies showed similar aggression in its opening group game against Pakistan, which was bounced out for 105.

West Indies won the toss and chosen to bowl first against defending champion Australia at the Cricket World Cup.

While Australia's lineup is unchanged from its opening win over Afghanistan, West Indies brought in opener Evin Lewis as a replacement for Darren Bravo in a change to the team that opened with a big win over Pakistan. Shai Hope is likely to drop to No. 3 in the batting order.

Australia captain Aaron Finch said he would have batted first anyway if he'd won the toss, adding that the pitch looked dry and could spin later on.