Cricket Australia chairman David Peever applauded Sutherland for what he had achieved. 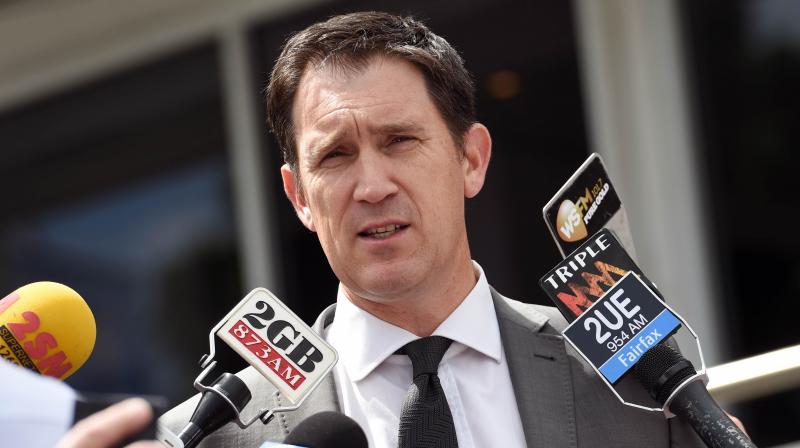 Sydney: Cricket Australia chief James Sutherland will step down from the post after 17 years in charge, it was confirmed on Wednesday.

Sutherland, who has been chief executive for 17 of his 20 years with Cricket Australia, has given 12 months' notice and will continue in his role until a suitable replacement is found.

"After nearly 20 years at Cricket Australia, the time is right. I feel very comfortable that this is the right time for me and a good time for the game," he said.

Sutherland becomes the latest in a growing list of changes in Australian cricket over recent months.

He came under intense pressure in March when former captain Steve Smith, his deputy David Warner and batsman Cameron Bancroft attempted to alter the ball in the third Test in South Africa.

They were all sent home in disgrace and banned from state and international cricket over one of the biggest scandals to engulf the sport, while then-coach Darren Lehmann resigned and was replaced by Justin Langer.

Sutherland resisted calls to quit and insisted on Wednesday the crisis did not have any bearing on his decision.

"It certainly was a big issue at the time. But when you work in an industry and an environment as we do, as chief executive of a major sport, these things come from time to time," he said.

"It hasn't had a bearing on my decision."

He pointed to a new television rights deal and a recent collective agreement with the Australian Cricketers' Association as setting the sport up for the future, although the pay dispute was bitter and damaged relations between players and administrators.

"My successor will have a strong and stable platform from which to lead our national strategy and to deliver on our bold aspirations to grow cricket as Australia's favourite sport and a sport for all Australians," said Sutherland.

Asked why he was not leaving immediately, Sutherland said he wanted a smooth transition.

"I think that having been in the role for 17 years, there are things that I've come to know along the way, that it's only appropriate for me to work closely with my successor.

"But at the same time, I'll be looking to get out of their way as quickly as possible as well."

Cricket NSW chairman John Warn stood down from his role this week and has been touted as a potential replacement, along with Sutherland's deputy Kevin Roberts.

Cricket Australia chairman David Peever applauded Sutherland for what he had achieved.

"James has been instrumental in driving crucial change around the game to make it even stronger for future generations," he said.

Peever said under Sutherland, cricket had experienced a 228 percent increase in participation including a near 10-fold increase in women playing the game.

He was also heavily involved with the introduction of the highly-successful Big Bash League and day-night Test cricket, which has seen record crowds at venues where it is held.

"Aggregate attendances have increased by 137 percent, whilst revenue has also increased nearly 10-fold being around Aus$50 million (US$38 million) when James commenced in the position, to around Aus$500 million today," said Peever.

Sutherland, a former accountant and medium-fast bowler who played a handful of first-class matches, joined Cricket Australia in 1998 as a general manager.

He took over as chief executive three years later when Malcolm Speed left and has been a constant presence in the game ever since.