‘Play with abandon of youth' vs India: Kumar Sangakkara to Sri Lanka

After being thrashed by South Africa, Sri Lanka find themselves in a do-or-die situation ahead of the match on Thursday. 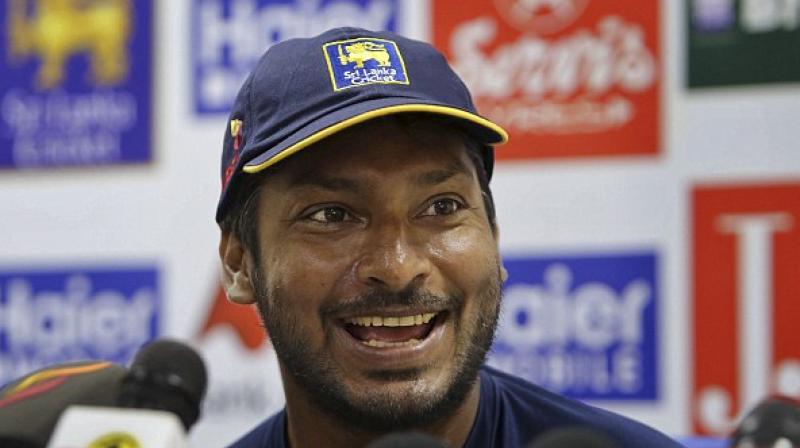 “They (Sri Lanka) should express their talent and play a really positive brand of cricket,” said Kumar Sangakkara ahead of India-Sri Lanka clash. (Photo: AP)

After being thrashed by South Africa, Sri Lanka find themselves in a do-or-die situation ahead of the match on Thursday.

"I would personally like this young Sri Lanka side to walk out at The Oval and play with the arrogance and abandon of youth. They should express their talent and play a really positive brand of cricket," Sangakkara wrote in his column for the ICC.

"If they are able to do this, then they have a chance of pulling off an upset, but it will not be easy an India team that so confidently overwhelmed Pakistan on Sunday."

In a blow to the Island nation, captain Upul Tharanga has been suspended for two matches due to serious over-rate offence and prolific Angelo Mathews is also doubtful due to fitness issues.

Sangakkara said it's not an ideal situation for Sri Lanka.

"If Angelo Mathews is deemed unavailable for this vital clash, it could severely hamper the team?s chances of winning against India. Even if Angelo is considered fit, the threat of slow over-rate will be a major concern. Having Tharanga suspended is a huge waste," the former captain wrote. Sangakkara laid the blame with seniors for Tharanga's ill-timed suspension.

"With quite an experienced and senior bowling attack led by Lasith Malinga, a team constituting two spinners, it is unacceptable that Sri Lanka was over by 39 minutes.

"Even though the captain is penalised more for such offences, it should be the responsibility of senior bowlers to push themselves to properly address and rectify the situation. The wicket-keeper and fielders also have to play their part with sustained urgency."

Sangakkara also felt that taking wickets in the first 10 overs will be crucial for Sri Lanka against India. He is also pleased with the way Indian bowling, especially the pacers, has improved.

"India’s bowling has been a revelation in recent years in the sense that, while earlier its strength laid in the spinners it had in its ranks, right now it also has a varied and highly effective pace attack."

The former opener said despite defeat, Sri Lanka had a lot to take from the defeat against the Proteas and it definitely has in it to shock India.

"Sri Lanka will have to regroup and rethink its make-up and strategy, and take heart from the few positives from their outing against South Africa, in particular a strong fielding effort, smart execution of bowling, and the flamboyance of Niroshan Dickwella.

"It will be looking as a team to execute its basics as soundly as well as it can, hoping that when coupled with its individual skill and talent, this will suffice to beat India," he concluded.