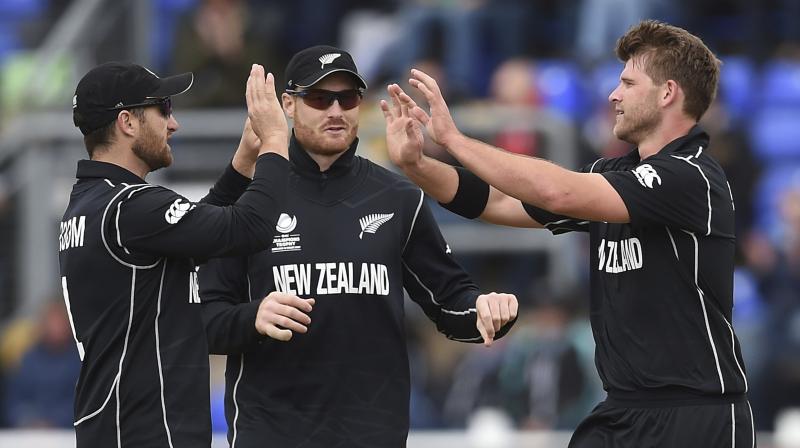 Cardiff: Jos Buttler provided a late flourish with a quick-fire unbeaten 61 after Joe Root scored a fluent half-century as England were all out for 310 against New Zealand in a Group A match of the ICC Champions Trophy here on Tuesday.

Buttler's knock which came off just 48 balls with the help of two fours and two sixes provided the just-needed impetus to England's innings to get past the 300-run mark.

Earlier sent into bat, Root continued his good form and followed up his 133 not out against Bangladesh with a 65-ball 64 and together with Hales (56 off 62 balls) shared 81 runs for the first wicket to set the base for England after the early dismissal of Jason Roy (13).

Root decorated his innings with four boundaries and two sixes while Hales struck three fours and two hits over the fence.

Buttler and Root stitched 54 runs for the fourth wicket before the Kiwis picked up wickets at regular intervals to put brakes on England innings.

But Buttler ensured England get past the psychological 300-run mark with a crucial 49-run stand off just 30 balls for the eighth wicket with Liam Plunkett (15).

Towards the end, Buttler ran out partners as Tim Southee (2/44) went through England's lower-order.

Right-arm pacer Adam Milne (3/79) inflicted the early damage for England by removing Roy and Hales before Correy Anderson (3/55) struck thrice in the middle overs getting the important wickets of skipper Eoin Morgan (13), Root and Moeen Ali (12).