The hosts are clearly on higher ground at the Rajiv Gandhi International Cricket Stadium which has been a happy hunting one for them right through. 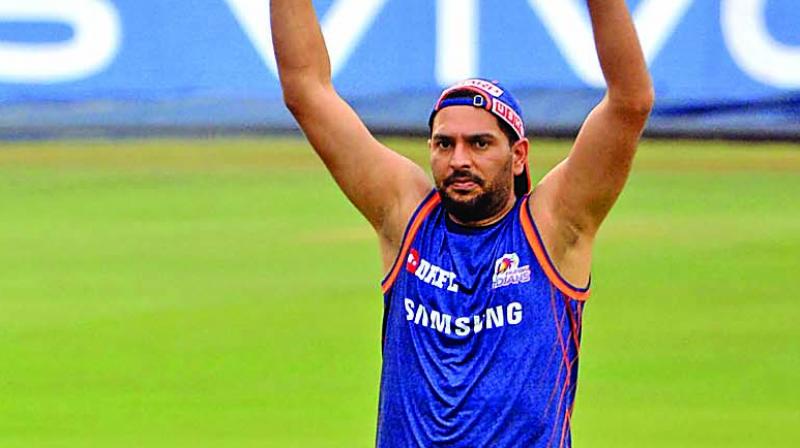 Hyderabad: Both teams are coming off impressive victories even as one is sitting pretty at the summit and the other hanging in the bottom half of the points table. The clash gets hotter as Mumbai Indians wish to stake claim as a force gaining momentum while Sunrisers Hyderabad want to remain immovable at the top.

The hosts are clearly on higher ground at the Rajiv Gandhi International Cricket Stadium which has been a happy hunting one for them right through. They have rapped Royal Challengers Bangalore and rattled Rajasthan Royals at the venue so far and must be planning Bombay Duck for dinner on Saturday.

That’s a bit fishy though as the islanders have shown the propensity to swim against the tide after being in deep water early in the season. And their sinking of the Yellow Submarine on Thursday night would have pumped them up a great deal. To wriggle out of a tight situation and then tie down defending champions Chennai Super Kings is indeed a chest-thumping feat and Mumbai would look for a repeat.

Easier said as the Sun has been shining brightly, riding on red hot performances all around, starting right at the top. Openers David Warner and Jonny Bairstow have been averaging a whopping 119 for the first wicket in the four games that have been played so far — they’ve put on 118 against Kolkata Knight Riders, 110 in the Royals game, 185 against Bangalore and 64 versus Delhi Capitals. That the two occupy the first and second places on the tournament’s most runs list should be worrisome for the Blue brigade.

Vijay Shankar, Manish Pandey, Deepak Hooda and Yusuf Pathan will need to rally around with the bat for the hosts.

After not so impressive performances in the first three matches, seam spearhead Bhuvneshwar Kumar has come into his elements in the game against Delhi Capitals on Thursday and that is good news for Sunrisers. Medium pacer Siddharth Kaul and spinner Mohammad Nabi too chipped in with a couple of wickets each as they pinned down Delhi. And then there is always the Rashid Khan riddle to solve.

That should be quite a task for Mumbai even as they boast of a brilliant batting line-up in Rohit Sharma, Quinton de Kock, Yuvraj Singh, Suryakumar Yadav, Kieron Pollard and Krunal and Hardik Pandya which is yet to go full throttle.

Captain Rohit will as usual rely on Yorker Man Jasprit Bumrah to keep things tight. Jason Behrendorff has done well too in the last game, as have the proven Pandyas.