Moody also explained why Williamson was their first choice to lead the Orange Army after Warner's episode. 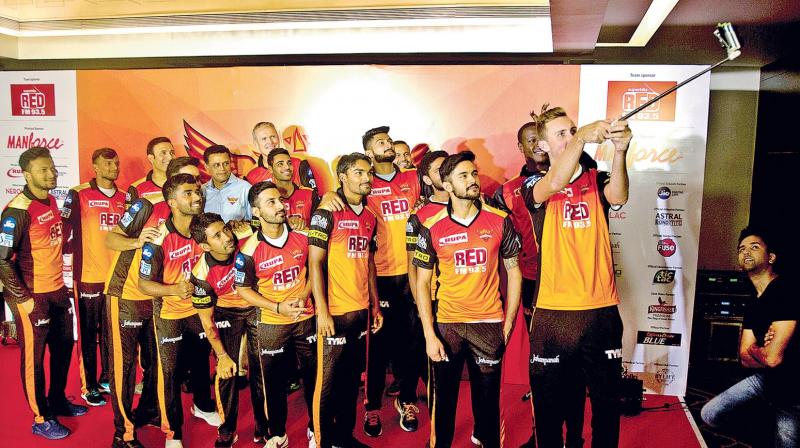 Hyderabad: The ball tampering saga in South Africa not only jolted the entire Australia team but it were also the Sunrisers Hyderabad and Rajasthan Royals teams in the Indian Premier League who faced the music by losing their respective skippers David Warner and Steve Smith.

However, the SRH coach Tom Moody said that his side had got over the incident and were well capable of doing their task. “In the auction, we managed to get depth and the balance we wanted. Therefore, (despite) losing an impact player like David Warner, we still feel we can get the balance we want, still have the impact we want on the top six and look, we're pretty comfortable. There's nothing we can do with what's happened with David Warner, we've moved on from that. So, it's probably a good opportunity for everyone else to move on,” Moody said here at a team event on Thursday.

“We have a squad that has always a backup. At the end of the day, David might have broken his thumb in the last Test in South Africa and he might have been out of the IPL. David has been very important to us in last few years. He has led the side well and also batted really well but we feel that the players that we have got in our side are more than capable of stepping up and taking the opportunity. If one door closes, another one opens,” the Sunrisers coach added.

When asked about the impact of change in the captaincy, the former Australian allrounder said, “We have a number of people in the team who can play different roles. We are replacing a good captain like David Warner with another international captain. So, from our point of view we are not asking anyone to step out of their comfort zone.”

Moody also explained why Williamson was their first choice to lead the Orange Army after Warner's episode. “We are delighted to have Kane (Williamson) as skipper. We have all seen what he is capable of. Strategically he is very sound,” he said.

“In the last few years he has played an important role for the Sunrisers. He clearly showed that he is not only a natural leader but he is someone who is prepared to step up and stand out when it counts,” Moody added.

“I have touched on Kane's strength as a captain. It was very much part of our plan to have Kane in our side not only as player but also as a leader,” he said.

Meanwhile, Sunrisers mentor V.V.S. Laxman was happy that the side finally has batting depth especially in the middle which was a concern for them. “We have good depth in the batting line-up. That's something which was a conscious effort that was going on at the auction as over the last few years we didn't have that solid middle order which played up to our expectation. But this year we have got the players who can do well in the middle and also finish the games for us,” he said.

“… and not only the Indian stars but we have also got some good uncapped players who have shown in the practice games that they are in good touch. So, this time we have good bench strength,” Laxman added.

Not only in the batting department, but the Sunrisers have also added few who can deliver with both bat and ball and legendary spinner Muttiah Muralitharan feels Shakib al Hasan and Yusuf Pathan would be a great boost to the spin department.