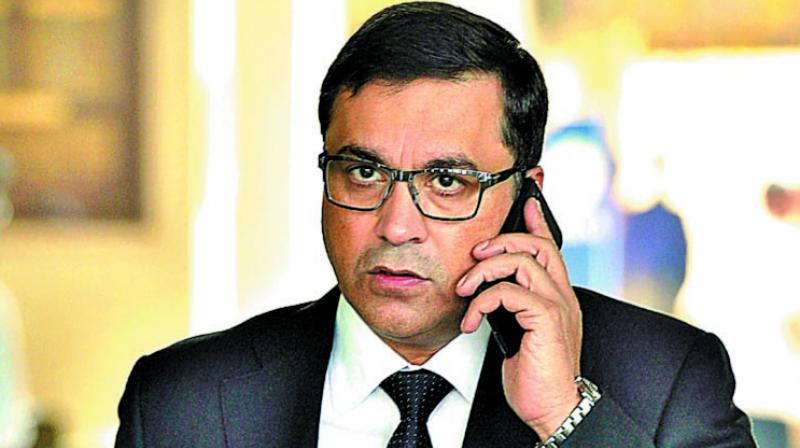 Mumbai: The BCCI strengthened its financial muscle after sealing a Rs 6,138.1-crore deal with Star India for TV and digital rights from 2018 to 2023 for home matches in the first ever e-auction that concluded here under the supervision of the Supreme Court appointed Committee of Administrators  on Thursday. Star India, Sony Pictures Network India and Jio TV had been engaged in intense bidding over three days.

“Sony was the final bidder along with Star but the former ended the bid at Rs 6,118.59 crore. Star India will have to pay on an average Rs 60.1 crore per match as against the earlier fee of Rs 43.2 crore,” BCCI CEO Rahul Johri said. The amount was 60 percent higher than the last sale for the rights to India's national teams and domestic tournaments.

Around 120 home international matches across three formats will be played during those five years including 22 Tests. Star will pay Rs 46 crore in the first year, Rs 47 crore in the second, Rs 46.5 crore in the third year. The amount will be Rs 77.4 crore and Rs 78.9 crore in the last two years.

The deal does not include the multi-billion dollar Indian Premier League which also is with Star India for the next five years at Rs 16,347.5 crore. Besides winning the right to broadcast home matches, Star has also BCCI production rights and the media rights for ICC events. Star will share telecast of a few matches with the state-owned Prasar Bharati under a mutual agreement.

“We are elated at getting the consolidated rights after an exhaustive e-auction as we wanted it in a combo package. The national jersey has its own special feeling and we are not worried about Test matches as they have their own value and loyal viewers,” Star India chairman Uday Shankar said.

Initially, six companies, including Facebook and Google, entered the fray to bid for international and domestic matches in India from April 15, 2018 to March 31, 2023. The following categories of rights had been put on sale by the BCCI: global television rights, rest of the world digital rights, digital rights for the Indian subcontinent alone and the global consolidated rights comprising worldwide TV and digital rights.

In a curious turn of events, BCCI treasurer Anirudh Chaudhary broke the news on Twitter at least one and a half hours before the official press conference began.

“It was a hat-trick (by Star), beginning with the IPL broadcast and then the production and finally the home broadcast for five years also,” Chaudhary told reporters in Mumbai.

“If we compare the figures for IPL broadcast rights and the current one, then the IPL figure per match — for 300 matches — was 54.49 million rupees and this figure is far ahead than that, for the 102 matches.”