MIsbah-ul-Haq to hang his boots after West Indies Tests

'There were many hardships in my career but for now I am focusing on the present situation,' said Misbah. 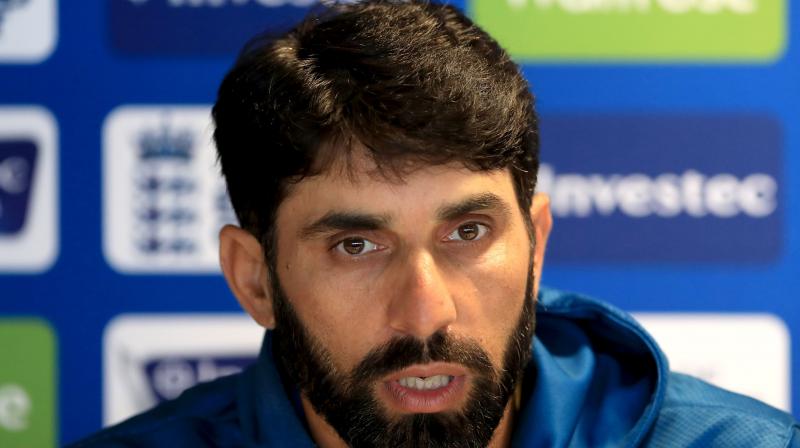 Since taking over the captaincy in the wake of an international spot-fixing scandal in 2010, Misbah-ul-Haq has led Pakistan in 53 Tests, winning 24 losing 18 and drawing 11. (Photo: AP)

Lahore: Pakistan Test team skipper Misbah-ul-Haq on Thursday said that he will retire from international cricket after West Indies series. Misbah’s decision has ended the speculation about his future.

"The series against the West Indies is my last series," the 42-year-old told reporters at the Gaddafi Stadium in Lahore, adding he was under no pressure to retire.

Since taking over the captaincy in the wake of an international spot-fixing scandal in 2010, Misbah has led Pakistan in 53 Tests, winning 24 losing 18 and drawing 11.

He also briefly led his team to world number one Test rankings last year, despite playing no matches at home due to the prevailing insecurity. The feat earned him widespread acclaim throughout the cricketing world.

But rumours have long swirled over when the veteran would call time on his long career, with former Pakistan cricket heavyweights demanding he step down in January, blaming his poor batting and uninspired captaincy for a 3-0 whitewash in Australia.

Misbah responded to the criticism by saying he would take his time to decide on his future, reversing an earlier announcement that he would quit.

"My cricket journey was very good... There were many hardships in my career but for now I am focusing on the present situation," he said Thursday.

"The series against West Indies is a good opportunity to bring the team back on the winning track."

Misbah will lead Pakistan in the Tests, the first of which starts in Jamaica on April 21, the second in Barbados on April 30 and the third in Dominica on May 10.