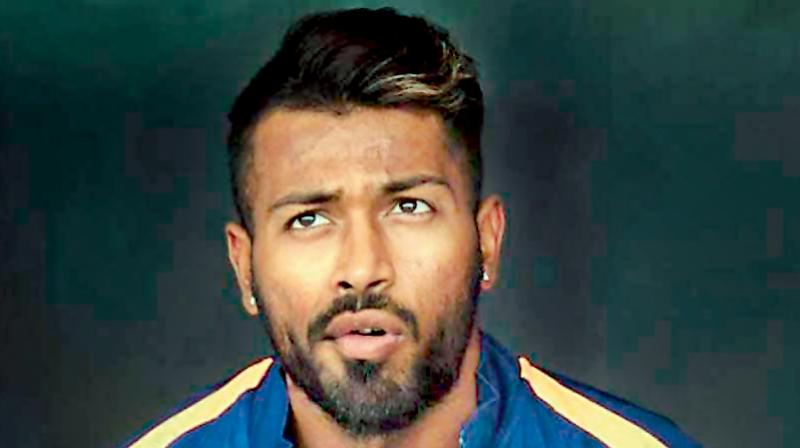 Navi Mumbai: Fit-again India all-rounder Hardik Pandya blazed his way to an unbeaten 158 off just 55 balls against BPCL in a semifinal match of the D Y Patil T20 Cup here on Friday.

Pandya, who returned to competitive cricket in this tournament after undergoing a back surgery, struck six fours and 20 sixes during his blitzkrieg to help Reliance One post 238/4 in their 20 overs.

He had smashed his way to a sensational 105 off just 39 balls on Tuesday in a league game for Reliance One at the RCP at Ghansoli.

Pandya was in red-hot form on Friday also and he punished the BPCL bowlers with an array of sixes. The BPCL bowlers -- Sandeep Sharma (0/37), Sylvester D'Souza (1/56), India all-rounder Shivam Dube (1/40), Parikshit Valsangkar (0/28), Sagar Udeshi (0/45) and Rahul Tripathi (2/32) -- were hammered by Hardik, who looks all set to make a comeback to the ODI team versus South Africa.

However, India opener Shikhar Dhawan, who is also on the road to recovery from an injury, managed to score just 3 runs for Reliance 1.

In response, BPCL were bowled out for 134 as Reliance 1 registered a 104-run victory. While bowling too, Hardik took a wicket and conceded six runs in one over. India speedster Bhuvneshwar Kumar also picked up a wicket for Reliance 1.