Former India captain Anil Kumble said the proposal will be discussed in the next round of the ICC meetings. 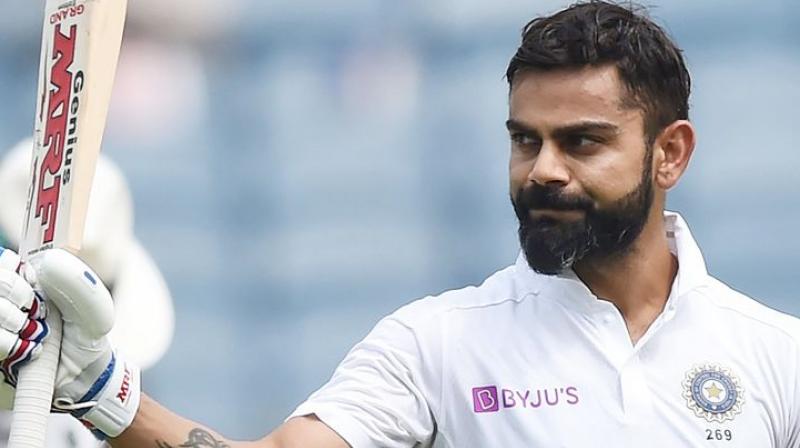 The ICC's cricket committee is set to discuss the four-day Test proposal in March despite growing criticism from the world's leading players including India skipper Virat Kohli. (Photo:AFP)

Indore: The ICC's cricket committee is set to discuss the four-day Test proposal in March despite growing criticism from the world's leading players including India skipper Virat Kohli.

Former India captain Anil Kumble, who heads the cricket committee of the sport's governing body, said the proposal will be discussed in the next round of the ICC meetings, to be held in Dubai from March 27-31.

"Since I am part of the committee, I can't tell what I am thinking about it (proposal) at the moment. We will discuss it in the meeting and let you know," Kumble told PTI, adding that he is fine with past and current cricketers have expressed their views about four-day Tests.

The likes of Andrew Strauss, Rahul Dravid, Mahela Jayawardene and Shaun Pollock are also on the cricket committee.

The proposal, which has been floated for the 2023-2031 cycle, has not gone down well with the greats of the game including Kohli, Sachin Tendulkar and Ricky Ponting.

However, member boards from England and Australia are open to the idea while BCCI boss Sourav Ganguly has said that "it is too early" to talk about it.

Ahead of the three-match T20 series opener against Sri Lanka in Guwahati last week, Kohli made his stance very clear on the subject.

"According to me, it should not be altered. As I said, the day-night is another step towards commercialising Test cricket and you know, creating excitement around it, but it can't be tinkered with too much," he had said.

"Then you are purely only talking about getting numbers, entertainment and you know. I think the intent will not be right then because then you will speak of three-day Tests. I mean where do you end. Then you will speak of Test cricket disappearing. So I don't endorse that at all."

"I understand there is a commercial side to it, saving money and things like that and how they would start on a Thursday to finish on Sunday.

"I'd like to hear the other reasons behind it. I don't understand it enough and I'm very much a traditionalist, so if something's not really badly broken then why do we need to fix it or change it?" Ponting was quoted as saying by cricket.com.au.

The ICC wants to try out four-day Tests primarily to free up space in the crowded calendar and use that time for the commercially lucrative shorter formats.

It is not a new phenomenon. England and Ireland played a four-day Test last year. South Africa and Zimbabwe too played one in 2017.