The pitch gets murkier

The mystery over cricketer Rohit Sharma’s injury and his omission from Team India for the Australia tour continues... 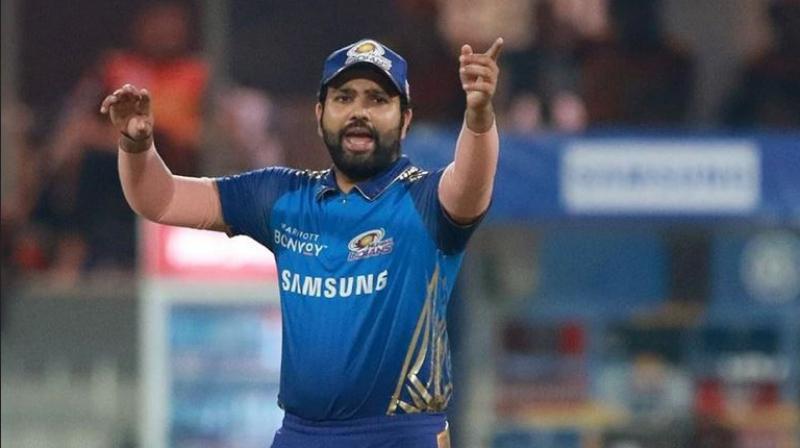 Last week, former India captain Sunil Gavaskar called for ‘transparency’ to know more about cricketer Rohit Sharma’s injury (left hamstring tear) after the latter was dropped from the Indian squad for the forthcoming Australia series. Gavaskar made this statement after a video surfaced where Rohit was spotted batting in the nets hours after the squad announcement.

While Rohit missed the last four games for Mumbai Indians (MI) in the ongoing IPL, he courted fresh controversy by leading the side against Sunrisers Hyderabad (SRH) in Tuesday night’s match. His appearance has snowballed into a huge controversy, and everyone could sense that all is not well within the BCCI. Again.

Clearly, Rohit Sharma seems livid at the BCCI deciding to drop him for the Oz tour. And the decision to hand over the ODI Vice-Captaincy to KL Rahul was like rubbing salt in the wounds.

However, what stunned everyone was that Rohit took to the field, hours after BCCI President Sourav Ganguly maintained that the India opener is ‘injured at the moment’ in defence of the selector’s decision to rest him.

So did Rohit rush his return to prove a point to the Team India selectors? What signal was he hoping to send?

Sports expert Sunil Yashkalar describes Rohit’s unexpected comeback as ‘overzealous’, and that too in a dead rubber. Although Rohit’s selection was not in danger, Sunil points out that Rohit has had issues with his body weight in the past too. “There were also reports that he did not pass the Yo-Yo test. So what he has done is immature and should not have played. He should have adhered to what BCCI has said,” says Sunil, adding that according to him, Rohit has clearly overstepped a little.

There is a lot of brouhaha happening over Rohit’s fitness and injury. After Gavaskar’s statement, former Indian captain and chief selector Dilip Vengsarkar too commented that he cannot actually make out anything about Rohit’s injury, adding that there is ambiguity over what shows to the naked eye. “Whether it was a small injury or whether BCCI physio faltered in diagnosing it, we still don’t know. But every fan wants to know about Rohit’s injury naturally because he is the most accomplished batsman in Indian cricket,” explains Vengsarkar.

Interestingly, as per Sudarsan VP, Team India’s former strength and conditioning coach, Rohit’s injury might have been wrongly interpreted. He, however, adds that BCCI’s medical team and physio usually monitor players’ injuries in consultation with the physio of the players’ franchise. “No one knows what exactly Rohit’s injury is because there is no conclusive evidence. So it’s unfair to comment,” says Sudarsan, adding that the hamstring could be minor or a major one. “Perhaps only the BCCI’s physio and medical team know about it, but we have to respect their decision not to disclose it to the public. It’s a dicey situation, and physios can predict the severity of the injury and the player’s approximate recovery time.”

Did Rohit and Virat fallout?

With little clarity over Rohit’s hamstring injury and his exclusion from the Team India squad, angry fans also suspect fallout between Rohit and Virat.

Several fans vented their anger on social media, recalling the alleged rift between Rohit and Virat, which had surfaced last year, thus coming to the conclusion that all is not well between the two superstar players. And the fact that Team India head coach Ravi Shastri evaded questions about Rohit’s injury too is throwing up uncomfortable questions. So is there more than meets the eye? A senior BCCI official merely states that players’ selection is based on their performance and availability, and not enmity. “When the selection committee transparently explains why they have selected and dropped players, where is the question of personal animosity?”