Satwiksairaj Rankireddy gave the Indian camp reason to be cheerful with twin victories in the men's and mixed doubles categories. 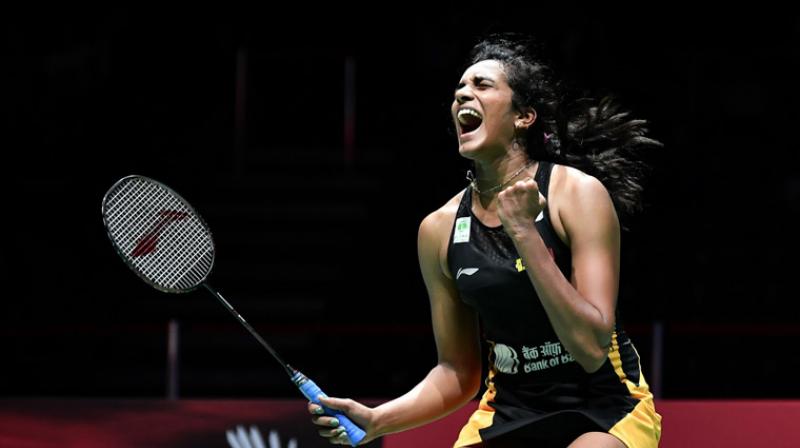 Fuzhou: World Champion P V Sindhu suffered a shock defeat to lower-ranked Pai Yu Po of Chinese Taipei in the opening round to be ousted but India's doubles campaign was off to a good start in the USD 700,000 China Open here on Tuesday.

However, Satwiksairaj Rankireddy gave the Indian camp reason to be cheerful with twin victories in the men's and mixed doubles categories.

They will face fifth-seeded Korean pair of Seo Seung Jae and Chae Yujung next.

In men's singles, HS Prannoy, who has recently recovered from dengue, faltered in the opening round, losing 17-21 18-21 to Denmark's Rasmus Gemke.

The women's doubles pair of Ashwini Ponnappa and N Sikki Reddy was blown away 9-21 8-21 by world No.10 Chinese pair of Li Wen Mei and Zheng Yu in 30 minutes.

In the women's singles match, Sindhu, who had reached the quarterfinals at French Open in her last outing, came into the match with a 3-0 head-to-head record against Pai but it was the 28-year-old Taiwanese, who took the initiative early, opening up a 3-0 lead in the opening game.

Though Sindhu made it 4-4, Pai was 8-4 ahead before making it 11-5 at the break. The Taiwanese didn't take her foot off the pedal and moved to 12-8 before reeling off eight straight points to zoom to 20-8.

In the second game, Sindhu dished out a better performance, opening up a 7-4 lead and then maintaining it at the interval. The Indian kept moving ahead and roared back into the contest, despite a stiff challenge from Pai.

Pai got her act together in the decider as she once again dominated the proceedings early on, surging to 8-2 before making it 11-3 at the breather.

The experienced Sindhu then came up with nine points on the trot to catch up with Pai but the Taiwanese managed to held on to a 15-12 lead.

A fighting Sindhu once again gathered six consecutive points to move to 18-15. But four straight points once again gave Pai the lead and she capitalised on it, sealing the issue in the end.