Australia glide through Pakistan in a seven-wicket win

With this win, Australia has gained a 1-0 lead in the three-match series. The first game of the series was abandoned due to rain. 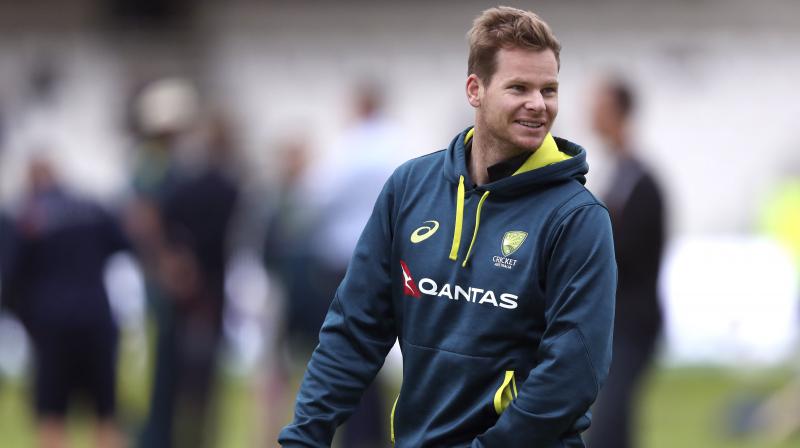 Steve Smith played a knock of 80 runs off 51 balls to enable Australia to defeat Pakistan by seven wickets. (Photo: AP)

Canberra: Steven Smith played a knock of 80 runs off 51 balls to enable Australia to defeat Pakistan by seven wickets on Tuesday in the second T20I of the three-match series here at the Manuka Oval in Canberra.

With this win, Australia has gained a 1-0 lead in the three-match series. The first game of the series was abandoned due to rain.

Australia got off to a quick start as openers David Warner and Aaron Finch scored 30 runs together, but Mohammad Amir clean-bowled Warner (20) on the last ball of third over to peg Australia back.

Soon after, Finch (17) was also sent back to the pavilion in the 6th over.

However, Ben McDermott and Steven Smith retrieved the innings for Australia as the duo put on 58 runs for the fourth wicket.

As soon as Australia started to look firm favourites in the match, Imad Wasim got the breakthrough of McDermott (21) with Australia still 45 runs away from the target.

Ashton Turner next came out to bat and he along with Smith ensured the side did not lose any more wickets and the duo ensured Australia's victory by seven wickets and with balls to spare.

Earlier, Iftikhar Ahmed and Babar Azam's knocks of 50 respectively enabled Pakistan to post a score of 150/6 in the allotted twenty overs after opting to bat first.

Pakistan once again failed to get off to a good start as Fakhar Zaman (2) and Haris Sohail (6) were dismissed with 29 runs on the board.

Mohammad Rizwan and skipper Azam retrieved the innings for the visitors as the duo put on 33 runs for the fourth wicket. However, as soon Pakistan started to get the upper hand, Ashton Agar sent Rizwan (14) back to the pavilion in the 10th over, reducing Pakistan to 62/3.

Pakistan kept on losing wickets at regular intervals, but Azam kept the scoreboard ticking but the side was given a big blow in the 16th over as Azam (50) was sent back to the pavilion via a run-out, reducing Pakistan to 106/5.
Ahmed in the final overs ensured Pakistan did not lose momentum and he played some big shots to take the side's total to 150.

Ahmed remained unbeaten on 62 while Agar scalped two wickets for Australia.
Australia and Pakistan will next take on each other in the third T20I on Friday, November 8.