Mumbai have won 41 First-Class titles, second only to Australia’s New South Wales, who have 46. 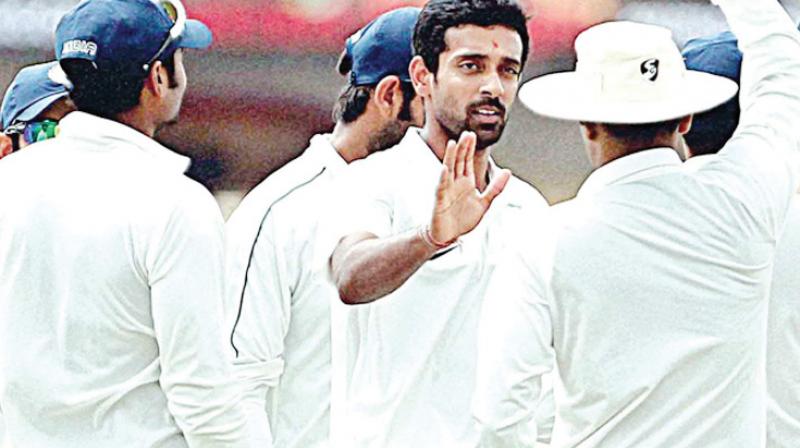 Ahead of their 500th Ranji Trophy game scheduled to be played at Wankhede stadium from November 9, Mumbai registered their first outright win of the season. The Aditya Tare led side outclassed hosts Odisha by 120 runs in Bhubaneswar to bag six points from Mumbai’s 499th overall Ranji Trophy game and take their tally to 10 points from three games in Group C.

Prithvi Shaw (105) set up the game on a sporting wicket with his third Ranji ton in four games to help Mumbai post 289 after put into bat first. He was supported well by comeback man Ajinkya Rahane (49). Bowlers stilted Odisha for a paltry 145 to gain a lead of 144 runs. Mumbai were struggling at 85/6 in the second innings despite Shaw’s 45-ball 46. But middle-order batsman Siddesh Lad showed why he is called the crisis man by making a 153-ball 117 to help Mumbai declare at 268/9 in second innings and strengthen the lead to 412. Odisha’s batsmen fought well on the last day on Saturday but managed only 292 in the end.

The win will lift the mood in the dressing room after winning just one point in their last home game against Tamil Nadu. In the next game from November 9-12, Mumbai players will be part of history, as they will enter the field to take on Baroda in their fourth game of the season.

Mumbai will become the first-ever Indian domestic team to play these many matches in the nation’s premier First-Class tournament. Mumbai have won 41 Ranji Trophy titles thus far, which is the second most by any team in any domestic First-Class tournament across the globe. The record is of 46 titles by New South Wales (NSW) in Australia’s Sheffield Shield.

Felicitation for captains
Before that game, former Mumbai captains will be felicitated by Mumbai Cricket Association in a function at MCA’s Bandra Kurla Complex on November 8.

“Recently, India played its 500th Test match, but also for an association (MCA) to reach such a historic milestone is a huge landmark. We know NSW has won the most number of First-Class championships and after that it is Mumbai, and that’s the beauty of it. We would like to break NSW’s record as well,” former Mumbai skipper and coach Pravin Amre said recently.

Amre, who is currently a member of the managing committee at MCA, recalled Mumbai’s winning streak of 15 back-to-back titles between 1958-59 to 1972-73. “We won the title 15 years on the trot and that’s the benchmark we set and maybe that can be the motivation for next generation on how to win 15 back-to-back Ranji Trophy championships. We will make it like a mega event as this is the time to show the entire India like Mumbai is Mumbai and rest is India because that has been the contribution by Mumbai for Indian cricket and to the players who have achieved,” he added.