It will be Mitchell Johnson 2.0 in Ashes, warns Starc

“The guys in the top order around them are pretty inexperienced and, hopefully, we can exploit that here in our home conditions.” 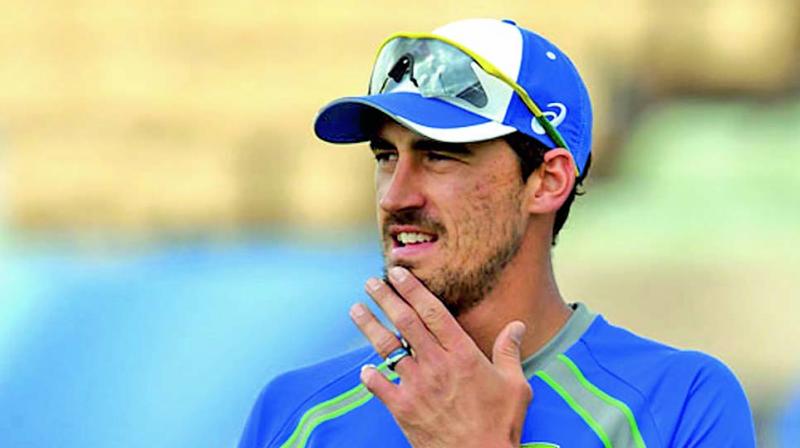 Sydney: Fast bowler Mitchell Starc warned England to expect a repeat of the carnage caused by Mitchell Johnson four years ago when Australia unleash their pace attack in the upcoming Ashes Tests.

With England’s top order largely unproven, Starc said it could be much like the 2013-2014 Ashes, when the mustachioed Johnson took 37 wickets with terrifying pace as Australia won 5-0.

“We’ve got a really solid attack and we complement each other,” he said in the Sydney Daily Telegraph on Wednesday. “If it’s not me, you’ve got Pat Cummins who can bowl fast bouncers and Josh Hazlewood bowling consistent line and length.

“It’ll be much like that attack did when Johnno took all those wickets, I think we complement each other really well. “Throw in Jackson Bird, and Coulter-Nile is back bowling really well. So we’ve got five really good guys there and if Patto is fit to go, six.”

With Starc again raring to go, Pattinson is the only injury cloud with inflammation in his back. But England are in a state of disarray ahead of their arrival in late October. As well as an unsettled batting line-up, they could be without talismanic all-rounder Ben Stokes, who is suspended until further notice after his arrest during a night out.

Starc believes there is a chance for Australia’s bowlers to land early psychological blows on England, whose top order is relatively inexperienced aside from Alastair Cook and Joe Root. “They’ve obviously got Root and Cook up the top, who have played a lot of cricket and are probably their main guys with the bat,” he said.

“The guys in the top order around them are pretty inexperienced and, hopefully, we can exploit that here in our home conditions.” Despite this, Starc is not underestimating England, even without Stokes. “He probably makes their team a bit more balanced but he’s not the be all and end all of their team. There’s plenty of guys we need to worry about.”