Mendis and Jayasuriya sustained an injury while fielding in the last T20I game against New Zealand. 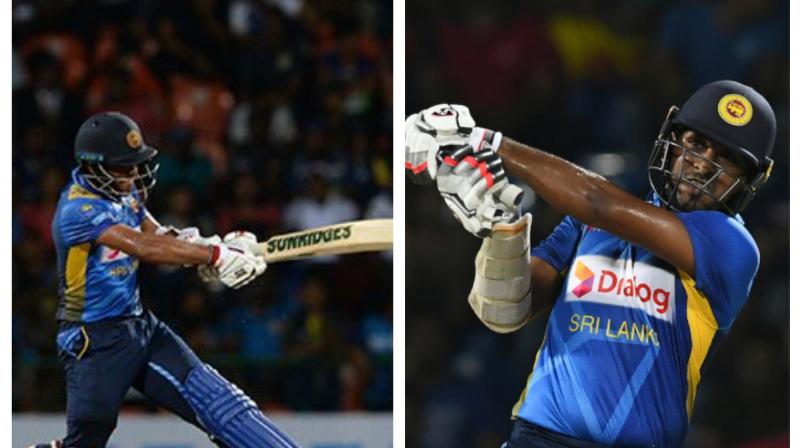 Sri Lanka suffered a double blow as Kusal Mendis and Shehan Jayasuriya are uncertain to play in the third T20I as both suffered leg injuries. (Photo:AFP)

Colombo: Sri Lanka suffered a double blow as Kusal Mendis and Shehan Jayasuriya are uncertain to play in the third T20I as both suffered leg injuries.

Mendis and Jayasuriya sustained an injury while fielding in the last T20I game against New Zealand.

"Mendis and Jayasuriya's participation in the 3rd game is unlikely owing to injuries, which occurred following a collision between the two players while fielding," Team Manager Asantha De Mel said in a statement.

Mendis has suffered an injury on his knee on the right leg, while Jayasuriya has sustained an injury; above the knee on his right leg. Mendis has undergone an MRI scan on Wednesday and the report is due later in the day," the statement said.

"No replacements will be made to the squad for the injured players," the statement added.

New Zealand leads the three-match T20I series by 2-0 and will face Sri Lanka in the last T20I at Pallekele International Cricket Stadium on September 6.