Rahul’s form in the longer format is in the spotlight since 2018. 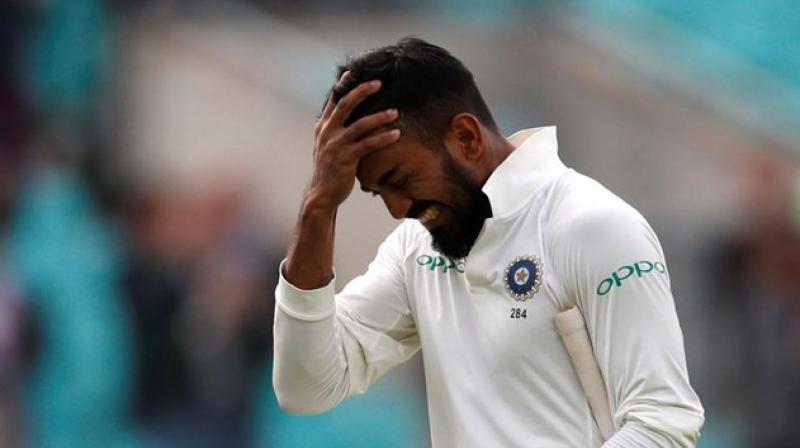 Mumbai: After performing well in the 2019 World Cup, KL Rahul saw a drastic dip in his form in the Test format. And, this has become a big sign of concern for the team management and the selectors.

Rahul’s form in the longer format is in the spotlight since 2018. The selectors have shown a lot of faith in the KXIP opener by providing him many chances, but he couldn’t repay the selectors.

However, KL did manage to score a ton against England during India’s away tour of England in 2018. Apart from that knock, the opener hasn’t scored any notable innings till now.

Rahul witnessed another embarrassing series against West Indies as he failed to score in both the matches. Moreover, as time went by, his form deteriorated. However, during the first Test match, KL managed to score 44 and 38, but in the second Test game, KL scores read 13 and 6.

After every shabby performance, KL Rahul was facing the brunt of criticism from the netizens. Following his dip in performances, the Twitteratti slammed him brutally. KL Rahul, who might have seen those trolls, has recently posted a cryptic message on his Instagram handle.

The mis-firing opener uploaded a photo of a man who was wearing a t-shirt with the caption ‘No social media’ written on it. Rahul captioned the photo: “The irony”.