Five facts you may not know about birthday girl Jemimah Rodrigues

Making her debut for the national side last year in 2018 against South Africa, she has performed admirably to cement her place in the squad. 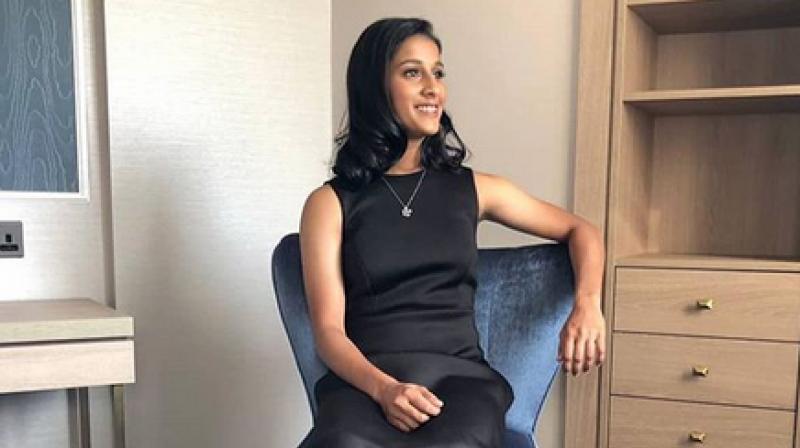 The rising star of Indian cricket, Jemima Rodrigues, sure does shine brightly and will be hoping to make a very big mark in cricket. (Photo: Instagram/ Jemimah Rodrigues)

Mumbai: The 19-year-old Mumbai-born all-rounder celebrates her 19th birthday today on the 5th of September. The supremely talented cricketer represents India at the highest level and hopes to carry the entire nation on her shoulders in the future.

Rodrigues is a right-handed batswoman also is a right-arm off-break bowler. Making her debut for the national side last year in 2018 against South Africa, she has performed admirably to cement her place in the squad and has played 10 ODIs scoring 186 runs and 25 T20Is scoring 608 runs so far.

The rising star of Indian cricket sure does shine brightly and will be hoping to make a very big mark in cricket. On the occasion of her birthday, here are a few facts you may not know about her.

1. Jemimah’s father, Ivan Rodrigues, was also her coach during her childhood. Jemima grew up bowling to her two brothers and sharpened her skills. Her father was the one who started girl’s cricket team at her school, St. Joseph’s Convent High School in Vile Parle. She also is an ex-student Rizvi College, Bandra.

2. She became only the second woman after Smriti Mandhana to score a double-century in a 50-over match. She achieved this feat in 2017, where she smashed 202 runs in just 63 balls against Saurashtra.

4. Apart from cricket, she also is a great hockey player and has also represented Mumbai in Under-19 hockey. She has expressed her desire to represent India in both sports.

5. She is an ardent fan of the British rock band, Coldplay and she herself likes playing the guitar. She said that her brothers helped develop her taste in music and they often have jamming sessions.