Smith was fortunate to survive the second over of the day when Jofra Archer dropped a caught and bowled chance. 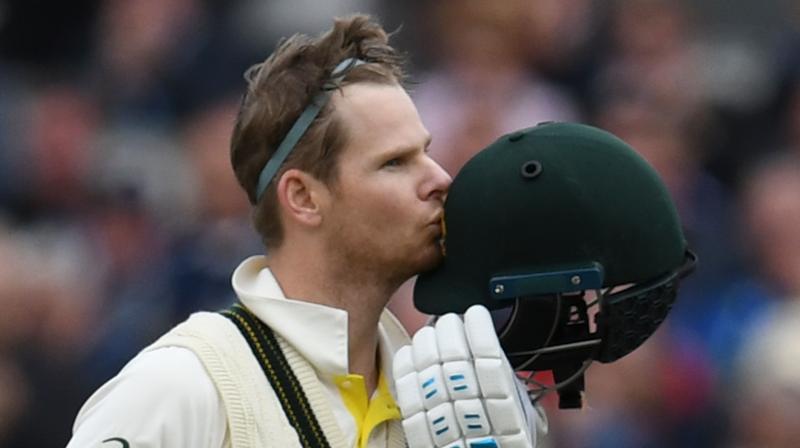 Manchester: Majestic Steve Smith scored his third century of the Ashes series as Australia reached 245 for five at lunch on the second day of the fourth test at Old Trafford.

Smith was fortunate to survive the second over of the day when Jofra Archer dropped a caught and bowled chance after his full toss was driven straight back at him.

While England will rue that missed opportunity to remove the world’s top-ranked test batsman, who has looked in form despite missing the last test due to concussion, Stuart Broad did give the home crowd some early cheer.

Broad removed Travis Head, who had struggled throughout his innings, with a plumb leg before to leave the tourists at 183 for four.

But after a nervy start, Smith found his comfort zone in more suitable conditions than Wednesday’s gusty winds and rain.

Matthew Wade (16) looked less comfortable and eventually fell to the left-arm spin of Jack Leach, coming down the track but only succeeding in a mistimed drive which lopped high to Joe Root at mid-on.

Smith though, whose lowest score in this series is 92 at Lord’s, brought up his century off 160 balls when he whipped a full delivery from Craig Overton past mid-on.

It was Smith’s 26th century in 67 matches and his fifth in his last eight Ashes’ innings.

The Australian, returning in this series after a 12-month ban for his role in a ball-tampering affair, celebrated only briefly, clearly a sign he believes he has plenty more work to do.