2019 Ashes: Dropping Usman Khawaja was the correct decision for the 4th Test 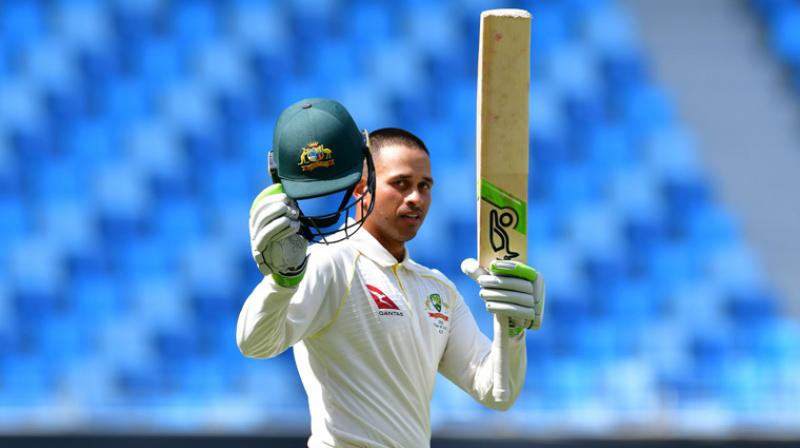 Usman Khawaja will turn 33 at the end of this year, which means that he has, at best, about three to four years of top-class cricket left to survive in a squad like Australia. (Photo: AFP)

Mumbai: Considered the replacement of Ricky Ponting, Usman Khawaja never did live up to the expectations placed upon him. He is a pretty good player, there’s no doubting that, but there are often times when he fails to get his act together.

The most recent example can be seen in his performance for Australia in the on-going Ashes series in England. In six innings he has returned with scores of 13, 40, 36, 2, 8 and 23. This is, by no means, a par score for a player with such a huge potential.

Khawaja will turn 33 at the end of this year, which means that he has, at best, about three to four years of top-class cricket left to survive in a squad like Australia. He is one of the senior-most players in the squad, but there has always been something holding him back.

His career has seen several lows and highs. He was dropped from the squad a few times and then earned his place back. He has also faced suspension following a breach of discipline in 2013. Despite this, he has also played splendid knocks in Dubai against Pakistan, in Wellington against New Zealand and in Adelaide against South Africa.

But there have been an awful lot of times when he has failed to deliver. One such instance was when Steve Smith and David Warner were absent for the team. He was the most senior player in the squad and the onus was on him to perform and carry the entire team. But what followed was a lacklustre showing against South Africa and India.

The recent eruption of Marnus Labuschagne in Test cricket also hasn’t helped him. Labuschagne came in as a replacement for the injured Steve Smith in the second Ashes Test and seemed to embody the spirit with which Smith was batting.

Labuschagne top-scored for the Aussies in the second innings of the second Test with a calm and composed 59. Wickets fell on the other end but he remained rooted to the spot. He carried forward this form of his into the third Test as well. This time around he was the only shining star in a Smith-less Australian side.

In the first innings, he returned with a score of 74 and in the second innings, he trumped his previous best with a score of 80. Even though Australia went on to lose the match, all thanks to the phenomenal Ben Stokes, Labuschagne’s efforts did not go unrewarded as he was given his spot in the team and Khawaja had to make way to accommodate the incoming Steve Smith for the fourth Test.

Labuschagne even managed to stitch up a partnership with Steve Smith in the first innings of the ongoing Test and scored a vital 67 runs to take care of the stumbling Australian batting order.

All of this emphasises why dropping Usman Khawaja instead of Marnus Labuschagne was the correct decision by the board. This axe from the squad may also help Khawaja in working on himself and his limitations and improving upon it.