Pollock, who retired in 2008, spoke to this paper on the sidelines of the Pro-Am of the Louis Philippe Cup golf tournament here. 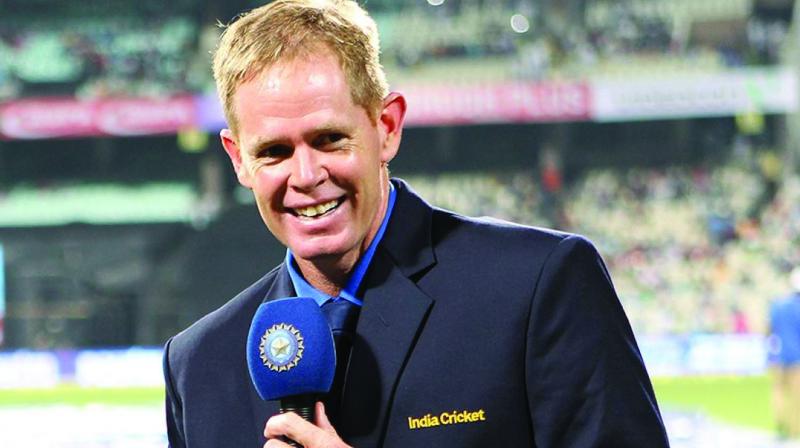 “Lessons are learnt from it. I think the sport will be stronger for having sorted it out,” says the former fast bowler, who represented South Africa in 108 Tests and is still the highest Test wicket-taker for his country along with Dale Steyn with 421 scalps. “I think it’s just bolt that came to a hit and everyone has a kind of understanding what they can and can’t do now.”

Pollock, who retired in 2008, spoke to this paper on the sidelines of the Pro-Am of the Louis Philippe Cup golf tournament here. Excerpts:

On South Africa and its history of producing fast bowling greats: I remember a guy say one day that sporting graveyard is full of irreplaceable heroes and people think that how possibly can you replace them. You know the manufacturing system in our country tends to keep producing the fast bowlers and in years to come, you will probably see some guys who will surpass what ones before them have done.

I mean when one talks about Dale Steyn and Morne Morkel, you think where will the next sensation come from. And all of a sudden, Kagiso Rabada came up and Lungi Ngidi popped up. So, I am never concerned. Batting wise, it is the same.

On AB de Villiers’ retirement: I was surprised. There was a lot of talk about wanting to go to World Cup, having another crack at trying to win it for South Africa. But then from another perspective, he gave his all for his country. He knows his body and mind the best and you just need to respect it.

On the Sandpaper Gate controversy: It was so bad for the series too, which was so nicely poised. Australia and South Africa at 1-1. It’s disappointing for the two Australians who are such class players to be eliminated from the series and face a ban. I think they will be disappointed about it. Cricket is also a game of integrity. When a country feels it has been let down, you can see the repercussions of that. It was disappointing to see them do it but we all make mistakes.

On how such things effect world cricket at large: We don’t want that kind of thing to happen in the game. I am part of the ICC cricket committee meeting and we have increased the sanctions and penalties for that kind of behavior. You know the thing about the ball is that it has been an odd grey area. People try to get advantage, try to shine it up, try to scuff it up. It is just that you can’t obviously cross a certain boundary. Australia went over that boundary and they pulled over the cause for it. Lessons are learnt from it. I think the sport will be stronger for having sorted it out.

On the ongoing India-England series: A lot of talk was about Virat Kohli and there is no doubt that he is a guy who likes to lead from the front. He loves to inspire his country, inspire his team. It was a class hundred. But Engl-and knew the conditions well and came out on top.