Babar scored 474 runs in the group stage, a record by a Pakistan batter at a single edition of the World Cup. 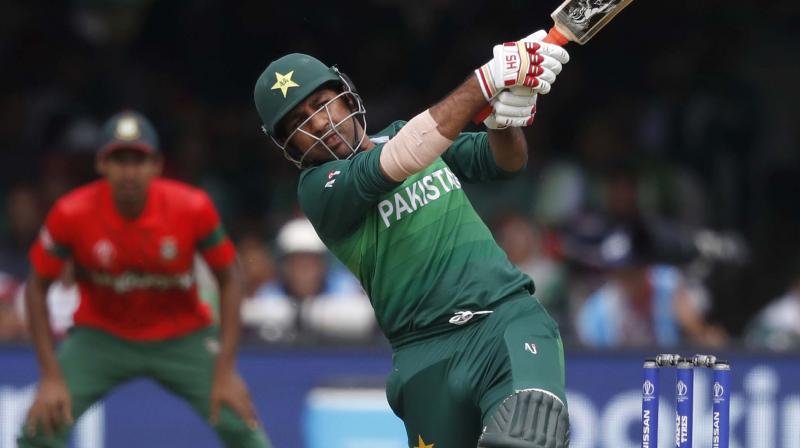 Bangladesh reached 8-0 in the 2nd over at Lord's. New Zealand joined Australia, India and England in the last four. (Photo: AP)

London: Pakistan's Cricket World Cup hopes are over. After winning the toss and finishing on 315-9 in 50 overs on Friday, Pakistan needed to dismiss Bangladesh in their last group-stage match for an improbable seven runs or less to overtake fourth-place New Zealand and reach the semifinals.

Bangladesh reached 8-0 in the 2nd over at Lord's. New Zealand joined Australia, India and England in the last four.

The huge score Pakistan required looked unlikely despite a 100-ball 100 from opener Imam-ul-Haq, who was out in rare fashion by hitting his own wicket two balls after reaching his maiden World Cup century.

Pakistan captain Sarfaraz Ahmed retired hurt on 2 but bravely returned for the last ball of the innings and hit a single to deny Mustafizur Rahman his hat trick.
Babar was denied his second century of the tournament when he fell to a yorker from Mohammad Saifuddin that trapped him lbw. He failed with his review and it left Pakistan at 180-2 after 32 overs.

Babar scored 474 runs in the group stage, a record by a Pakistan batter at a single edition of the World Cup. He came into the game needing 60 to overtake Javed Miandad's 437 total in 1992.