The tour was in doubts after the terrorists attacks on Easter Sunday in April this year. 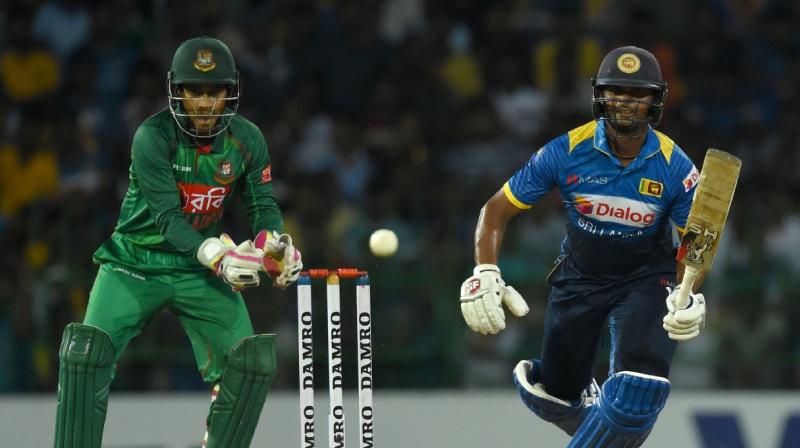 "The team will reach Sri Lanka on 20th July and three ODIs, all at the R. Premadasa Stadium are scheduled on 26th, 29th and 31st July"an official from Bangladesh, told to this reporter. (Photo: AFP)

Mumbai: Bangladesh Cricket Board has agreed to send its team to Sri lanka later this month.

The tour was in doubts after the terrorists attacks on Easter Sunday in April this year.

"The team will reach Sri Lanka on 20th July and three ODIs, all at the R. Premadasa Stadium are scheduled on 26th, 29th and 31st July", an official from Bangladesh, told to this reporter.

Lasith Malinga, will continue to play the limited overs matches for Sri Lanka. This was con firmed by the chief selector Ashantha de Mel. He, however, is likely to discuss his plan with the SLC after the World Cup.

It was speculated in the media that Malinga would retire from the international cricket after the World Cup.

"I had a word with him and he will continue to play", the chief selector and manager, de Mel, speaking exclusively, said over telephone from his hotel room.

The 36-year-old right arm fast bowler has retired from the Test cricket to extend playing in the limited over games. He is also a captain for the T-20 team.

Sri lanka coach Chandika Hathurusingha is scheduled to have a week rest before the home series against Bangladesh, it is learnt here.

According to the sources in Sri Lanka, he will travel with the team to Colombo but will leave immediately for Australia, where his family is based. He will return to Sri Lanka on 18th and the players' training will begin from July 19th.

In the meantime, pace bowler Nuwan Pradeep has been prescribed a "special medicine" by a team doctor to enhance his recovery faster and there are chances that he may now be allowed to travel with the team. "The decision will be taken a day before our departure", the manager further added.

Pradeep, however, would be needed a week-rest in Sri Lanka before being able to be fit to play against the visiting Bangladesh team.