Having crumbled to 136 all out against New Zealand three days ago, Sri Lanka made a strong start with the bat. 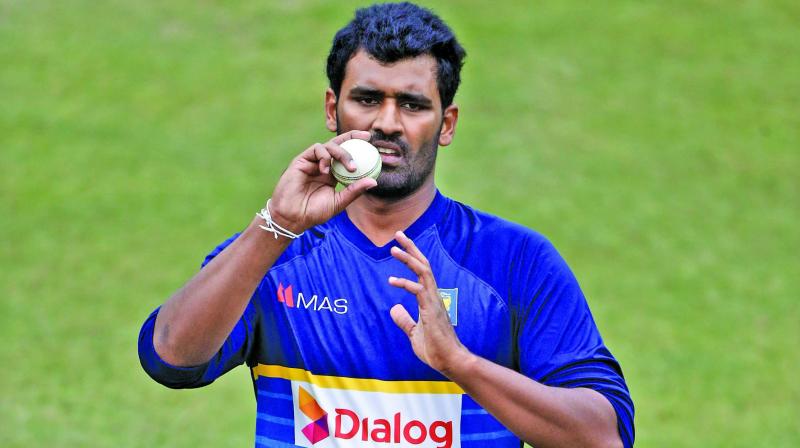 Sri Lanka registered their first win of the World Cup against Afghanistan after facing a massive defeat at the hands of New Zealand (Photo: File)

Cardiff: Sri Lanka were far from perfect after yet another batting collapse against Afghanistan, but all-rounder Thisara Perera said the team always had faith in their "experienced bowling unit" to pull off the win.

Sri Lanka registered their first win of the World Cup against Afghanistan after facing a massive defeat at the hands of New Zealand in their tournament opener.

After being put into bat, Sri Lanka could only manage to put 201 on the scoreboard before Nuwan Pradeep (4/31) and Lasith Malinga (3/39) starred with the ball to bundle out Afghanistan for 152.

"We all believed in ourselves and we knew we have an experienced bowling unit, which is why we had five fast bowlers as we have that experience," Perera said after the victory.

"We had to take wickets otherwise we would have lost. So that's why we had to stick to our basic plans and not do anything extra."

Having crumbled to 136 all out against New Zealand three days ago, Sri Lanka made a strong start with the bat against Afghanistan as Kusal Perera made 78.

But they faced yet another batting disaster, collapsing from 144/1 to 201 all out in 36.5 overs in a dramatic turn of events in the first innings.

"As a batting unit we are disappointed because we got a nice start and after that, we folded and lost five wickets almost back-to-back before the rain delay," Perera said.

"We know we have some issues as a batting unit and I think we have to try and improve going forward. Hopefully, this win will give us confidence for rest of the tournament."

They lost their remaining two wickets on the resumption of play, leaving Afghanistan with a target of 187 under DSL.

Relieved with the win, Karunaratne admitted that the batting department needs improvement.

"We had a good start after a long time but suddenly, we lost a couple of wickets and were on the back foot. That's the negative part but otherwise, the bowling and fielding were really good. After losing the first game, it's not easy to keep your mind positive," Karunaratne said.

"We have the experience in these conditions and that helped. The only thing we need to work on is to improve our batting in the middle overs."

Reflecting on the victory, Sri Lanka coach Chandika Hathurusingha said the win will inspire confidence in players to perform better.

"This gives us a lot of confidence because we really needed a win. We haven't had much success lately. I'm sure you will see a better team, a better approach from our team after this win. We need this win badly," he said.

"It's very hard to explain. We were in a very good position at one stage. I think the wicket is such, it's very difficult to start I think. When a batsman is in it looked an easy wicket to bat on, but we lose one wicket and then we lose three wickets in one over.

"There were a lot of tentative shots, that was the cause of some of the dismissals. We're lacking in confidence because of what happened lately. We allowed them to come into the game," he said.