Australia's attack has been strengthened by the return of David Warner and Steve Smith. 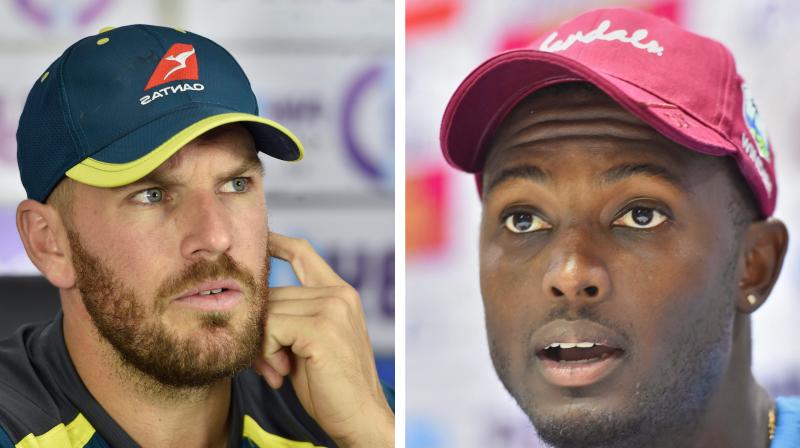 The match is scheduled Trent Bridge, where massive scores above 400 have been hit recently. (Photo: PTI)

Mumbai: The game between Australia and West Indies is anticipated to be one of the exciting matches of World Cup 2019. Both the teams have the potential to exhibit stunning cricket.

Australia's attack has been strengthened by the return of David Warner and Steve Smith. The duo is set to steer Australia's title defence. Both players have already marked their arrival by performing in IPL 2019.

Along with Warner and Smith, the Australian batting line-up will comprise Aaron Finch, Glenn Maxwell, Usman Khawaja and Marcus Stoinis.

Aussies will be relying on their batting line-up to do wonders for them. Moreover, the match is scheduled Trent Bridge, where massive scores above 400 have been hit recently.

The West Indies batting line-up will consist of game-changers like Chris Gayle and Keiron Pollard. Having thrashed Pakistan in their previous game, West Indies will be hoping to continue the winning momentum. Shimron Hetmyer and Nicholas Pooran are also expected to play a vital role in West Indies' hunt for the trophy.

Termed as the dark-horses of the mega-event, West Indies will also bank on their bowlers-- Jason Holder and Oshane Thomas. Both bowlers rattled Pakistan's batting lineup in their previous match.