Australia to continue with same line-up against West Indies

Australia displayed an impeccable performance in their first World Cup clash against Afghanistan. 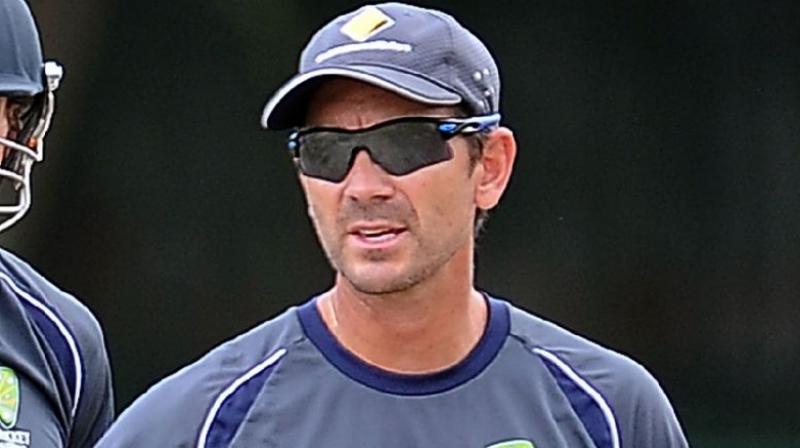 Australia's performance earned a lot of praise as they recently trounced India in a five-match ODI series (Photo: AP)

Melbourne: After bundling out Afghanistan in their debut World Cup clash, Australia will stick to the same playing XI for their next against West Indies, despite coach Justin Langer suggesting that there is temptation to play spinner Nathan Lyon.

Lyon played both warm-up matches for his team but did not feature in their opening World Cup match.

It was apparent that the Aussies will face such difficulty in choosing their playing XI given the 'tough calls' made while picking their 15-member ICC Men's Cricket World Cup squad.

However, this time, the conundrum does not revolve around batting, but the bowling department, specifically choosing spinners.

Australia displayed an impeccable performance in their first World Cup clash against Afghanistan. Spinner Adam Zampa shined as he bundled off three Afghanistan batsmen which helped his side in restricting them to just 207 runs which Aussies chased easily and registered a seven-wicket victory.

"There is (the temptation to play Lyon) because there are the left-handers. That said, we probably won't bowl two spinners here against the West Indies. I think we're going with the same team. We haven't had a look at the wicket yet, but my gut feeling is ... the same XI," Cricket.com.au quoted Langer as saying.

Lyon featured in both India and Pakistan ODI series. In the World Cup warm-up matches, he took two wickets while giving away 37 and 48 runs against England and Afghanistan, respectively.

However, Langer is impressed with Zampa's performance and is overlooking Lyon as Glenn Maxwell is there to strike the needed balance.

"Every game there is thoughts about playing Nathan Lyon, but Adam Zampa is doing a really good job for us. Adam Zampa is a very good spinner. Glenn Maxwell (off-spinning all-rounder) is bowling well, so hopefully, we have some balance there," said Langer.

Although Langer suggested Australia's playing XI will remain unchanged against West Indies, he added that there will be times when it will be 'more appropriate' to have two off-spinners in the squad.

"Some of the other grounds we might look to play two spinners where the matchups for the off-spinner will be more appropriate, but properly not here," he said.

Australia will face West Indies for their World Cup clash on June 6.