After a delayed schedule, India to face another potential fixture issue

India faces tournament favourites and hosts England on June 30 and face Bangladesh on July 2, with just a single day of rest. 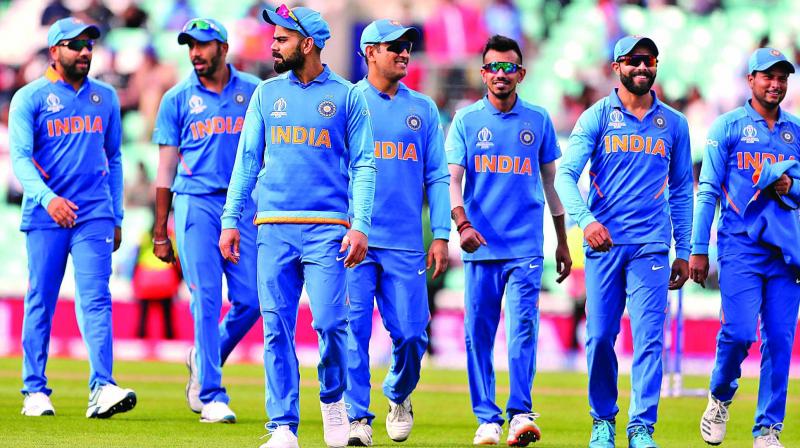 India starts from the bottom of the points table and needs to climb up from there (Photo: AP)

Mumbai: India goes into their first match at the 2019 ICC Cricket World Cup with over a week of gap after the practice matches, and against South Africa, who have already played two matches so far. Many fans and cricketers have expressed their frustration at the fixtures on social media.

However, South Africa face India after losing both their first games and suffering an injury that ruled out veteran Dale Steyn off the playing squad, in what is possibly his last world cup.

While the stage seems to be set pretty evenly, India skipper Virat Kohli will take no chances against South Africa which he believes is a strong team even without Dale Steyn.

However, once the match is done India will have to worry about another issue later on in the tournament. The fixtures that let India play their first game after nearly a week since the tournament started also means India will play subsequent matches in quick succession.

India faces tournament favourites and hosts England on June 30 and face Bangladesh on July 2, with just a single day of rest, while every other team gets at least two days of rest between their fixtures.

While India plays the same number of matches as every other team in the points race, starting out late would mean India starts from the bottom of the points table and needs to climb up from there. This means the players will have to put their best foot forward in every game in order to catch up with other teams.

However, it was evident from the England versus Pakistan World Cup match that it isn’t always possible to be consistent throughout the tournament. Playing a bilateral series is different than playing a World Cup match

However, should the team be in good form, none of these issues will be able to stop Virat Kohli and the boys in blue from progressing to the later stages of the tournament?