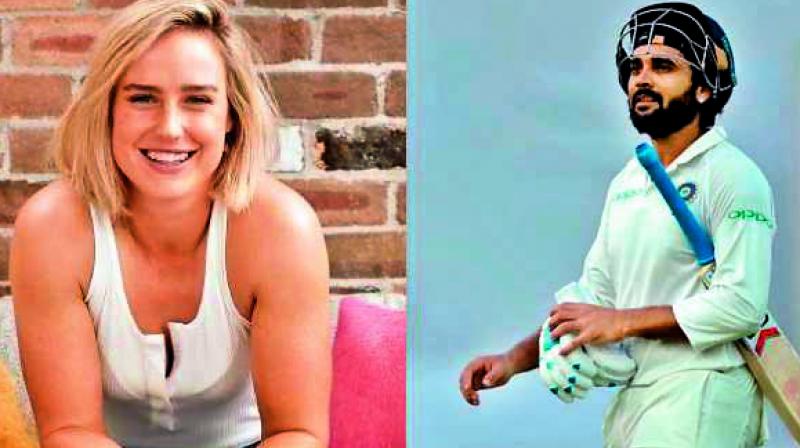 The 36-year-old opener, who has not been on the team for some time now, was asked to name two persons he would like to go out for dinner with. His choice of teammate and friend, Shikhar Dhawan came as no surprise, but his other pick, Perry, caught the attention of several fans.

“Ellyse Perry. I want to have dinner with her. She is so beautiful. And Shikhar Dhawan any day. He is a fun guy. Just that he will speak Hindi and I will be conversing in Tamil,” Vijay had said.

“Murali Vijay is a playboy...”, one of his fans tweeted. “Ellyse Perry’s husband is shaking in his boots”, another said.

On Sunday, during an Instagram Live session with TV presenter Ridhima Pathak, Perry finally responded to Vijay’s comment with a hilarious comeback “I hope he’s paying!”

But she also said, “That’s very kind of him. I’m flattered.”