Sports   Cricket  05 May 2019  'We are happy with the way guys have turned things around in the second half': Kohli
Sports, Cricket

'We are happy with the way guys have turned things around in the second half': Kohli

RCB, who have never won the IPL, failed to make the play-offs for the third year in a row. 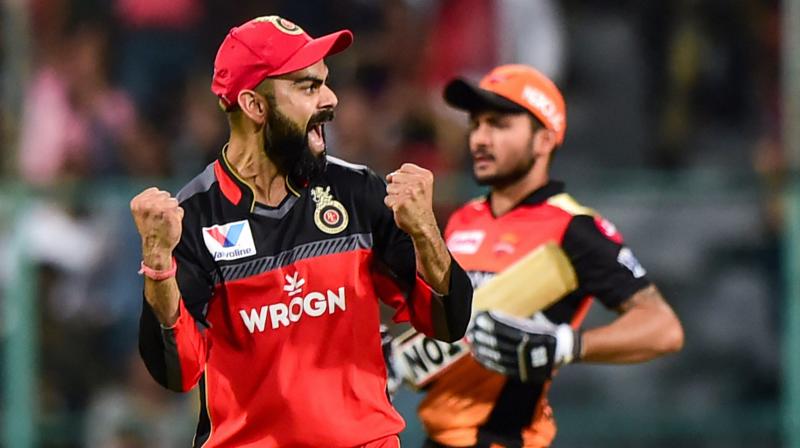 After losing their first six games, RCB won five out of their eight games with one not producing a result to end with 11 points. (Photo: PTI)

Bengaluru: Perennial underachievers Royal Challengers Bangalore endured another disappointing IPL campaign but their performance in the second half of the season has given them something to be proud of, skipper Virat Kohli has said.

After losing their first six games, RCB won five out of their eight games with one not producing a result to end with 11 points.

"If we focus on the second half, it is exactly what we wanted in the first half. After losing your first six matches, it is very difficult to come back in a tournament like IPL. We have a lot to learn from this season," said Kohli at the post-match presentation after RCB beat Sunrisers Hyderabad by four wickets here on Saturday.

"The first couple of things matters a lot in setting the intensity. We are happy with the way guys have turned things around and the kind of cricket that we have played in the second half. A lot of credit goes to the team management for getting us back in the right frame of mind."

RCB, who have never won the IPL, failed to make the play-offs for the third year in a row but Kohli said he was proud of his team for putting up a much improved performance in the second half of the season.

"We haven't finished in the position that we wanted to. But because the second half has been so good it doesn't feel like a bad season. We won last 5 off our 7 matches and with one no-result, it is something that we can be proud of. It is such a short format that often 5 or 7 minutes decide the outcome," he said.

Taking about the game against Sunrisers, Kohli praised the efforts of Shimron Hetmyer and Gurkeerat Singh Mann, who both smashed blistering half-centuries.

"We know Hetmyer can play like that. We would like Hetty to play like he did today next year. And Gurkeerat played a really mature innings. He has a keen eye for the game."

Kohli also thanked the RCB fans for their unwavering support.

"I just want to tell all the people in the stadium that it has been such a long time playing in this stadium and every year we come, the support is better. Hats-off to you guys for turning up in numbers.

"We are so thankful and so grateful to have fans like you all. I can certainly feel your pain. I am emotionally attached to this team like all of you. And next year we will definitely improve our performance and give you guys what you deserve in return. Thanks again for coming out in huge numbers. You are the best fans in the IPL," added Kohli.