Sports   Cricket  05 May 2019  ‘Tri-series an opportunity to get some match practice before World Cup’: Jason Holder
Sports, Cricket

‘Tri-series an opportunity to get some match practice before World Cup’: Jason Holder

Shannon Gabriel's inclusion in the World Cup squad surprised many people as he last played an ODI in 2017. 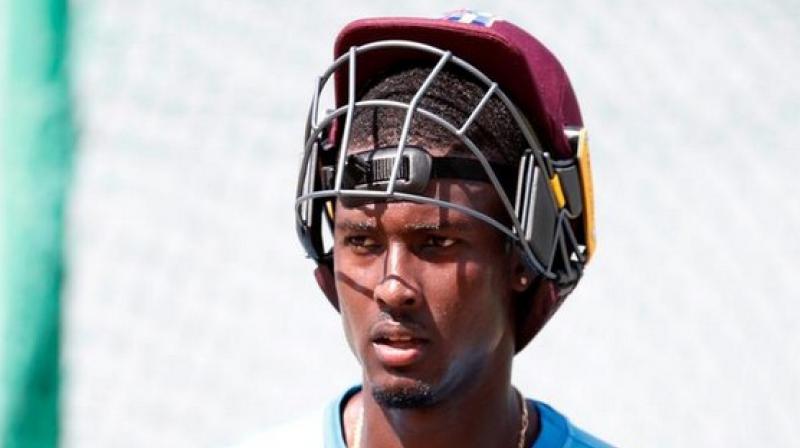 West Indies takes on Ireland in the opening match of the Tri-series today and the team will open their World Cup campaign against Pakistan on May 31. (Photo: ANI)

Dubai: West Indies skipper Jason Holder on Sunday said he sees upcoming tri-nation series against Ireland and Bangladesh as the means to get some match practice ahead of the upcoming World Cup.

"Once we hit all three departments in terms of batting, bowling, and fielding well, we'll definitely be a good side at the end of it. We see this as an opportunity to get into some match practice and start our preparations into the World Cup," International Cricket Council (ICC) quoted Holder as saying.

West Indies would be missing their star players like Chris Gayle, Andre Russell in the tri-series as they are involved in the ongoing Indian Premier League (IPL). However, Holder believes it would be a perfect opportunity for others to showcase their skills.

"These guys will see it as an opportunity to showcase what they can do at an international level. I guess many of them haven't played international cricket and have not played ODI cricket, and it's just an opportunity for them to be seen on this circuit. I'm sure they will be keen for an opportunity (to make it to the Playing XI)," Holder said.

Shannon Gabriel's inclusion in the World Cup squad surprised many people as he last played an ODI in 2017. However, the 27-year-old Holder believes Gabriel will play a role of enforcer on the batting-friendly England pitches.

"Coming to England, you tend to be gifted with some really good conditions in terms of batting. There tend to be a lot of high-scoring games and you basically have to outscore the opposition. Most of the times when you do bowl well, you take wickets at the front," Holder said.

"Shannon is one we see as an impact player. His role is to come in and make inroads into the middle order. There's been an area of concern in the past where we've struggled to get wickets in the middle period. So having a guy like Shannon who has pace and experience, it's good to have him there and push things for us," he added.

West Indies takes on Ireland in the opening match of the Tri-series today and the team will open their World Cup campaign against Pakistan on May 31.