Sports   Cricket  05 May 2019  'It's a pleasure to do anything for the West Indies': Shai Hope
Sports, Cricket

'It's a pleasure to do anything for the West Indies': Shai Hope

Hope made his ODI debut against Sri Lanka in 2016 and since then he has scored 4 centuries and 8 half-centuries at an average of 45.56. 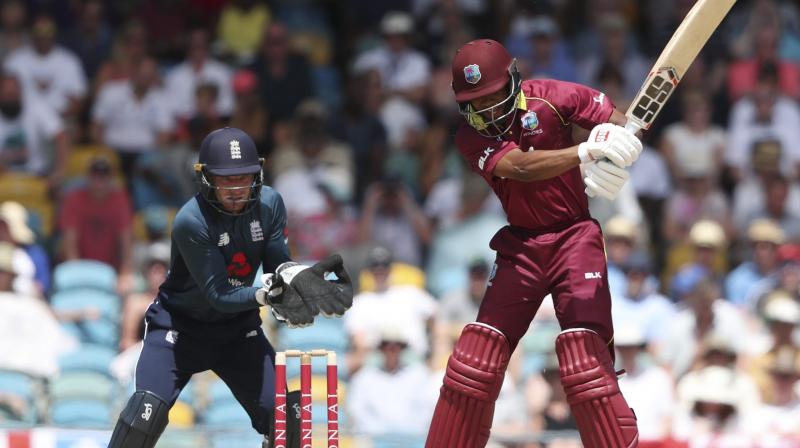 Hope has become one of the most reliable players for the team in recent times. The player was seen joking that if the team requires him to bowl he would love to do it. (Photo: AP/PTI)

Dubai: West Indies wicket-keeper batsman Shai Hope is all set to play his 50th ODI when the team takes on Ireland and the player has said that it is a huge honour to represent his country in the international game.

"It's a huge honour to represent your country and entire West Indies - to do it fifty times means a lot," International Cricket Council (ICC) quoted Hope as saying on Sunday.

The player made his ODI debut against Sri Lanka in 2016 and since then he has scored four centuries and eight half-centuries at an average of 45.56 in the format.

Hope has become one of the most reliable players for the team in recent times. The player was seen joking that if the team requires him to bowl he would love to do it.

"It's a pleasure to be doing anything for the West Indies. If I had to open the bowling for Jason, I'd say 'I'd love to do it'," Hope said.

"I'm a batter and I always wanted to bat growing up, spending time at the wicket and scoring runs was always something I looked forward to. So any opportunity I get to represent my country and my region I look to do it to the best of my ability," he added.

Hope believes that the upcoming tri-nation series against Ireland and Bangladesh will serve as proper preparation for the upcoming Cricket World Cup and he hopes that the team will be in good stead ahead of the major cricketing tournament.

"There's a lot to look forward to in this series. It's preparation for the upcoming World Cup, so you need to take each game at a time, make sure we cover the basics well, make sure we hit out straps early and get used to the conditions. Make sure we're in good stead for the next few games and the World Cup," he said.

"We go out there to represent the region well, and every time we step across the line, we know we got a chance to beat anyone. So it doesn't matter what the opposition is on that particular day, make sure of what we can do and do it to the best of our abilities and rest will take care of itself," Hope added.

West Indies take on Ireland in the opening match of the Tri-series today and the team will open their World Cup campaign against Pakistan on May 31.