Last season’s top scorer and opener for MI, Suryakumar Yadav proved his worth under pressure in his match against CSK. 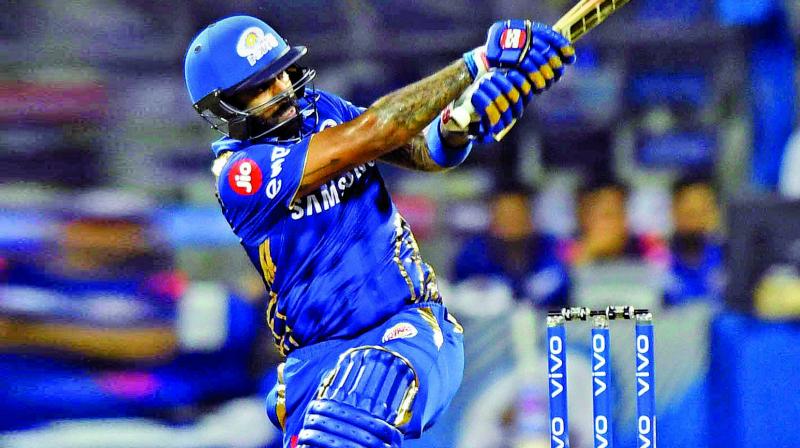 After emerging as the top scorer (512 runs) for Mumbai Indians last season Suryakumar Yadav had a rather quiet IPL with the first three games, putting a question mark on his inclusion in the team while the talented Ishan Kishan sat on the bench. But the Mumbai dasher came up with a classy knock of 59 in 43 balls against Chennai Super Kings on Wednesday, thus enjoying a historic 100th win for the three-time champions in the IPL.

When the going got tough for Mumbai Indians batsmen, Surya got himself going and resurrected the sinking innings along with the unorthodox batsman Krunal Pandya who was promoted up the order. The duo set up the platform for Hardik Pandya and Kieron Pollard who slammed together 45 in the last two overs to power MI to 170/5. The total proved too much in the end as CSK fell short by 37 runs to suffer their first defeat in this IPL.

Things were not too rosy for the talented Mumbai batsman who had been dropped from the domestic squad midway during the Ranji Trophy and was called back only for the last Ranji Trophy game against Chhattisgarh. He got less opportunities during Mumbai’s triumphant campaign in the Vijay Hazare one dayers as Ajinkya Rahane, Prithvi Shaw and Shreyas Iyer scored heavily at the top. But the batsman delivered in whatever opportunities he got. The right-handed bastman also had a good outing in the Syed Mushtaq Ali Twenty20 Trophy just before the IPL.

Mumbai Indians just missed the playoff bus last time around but they had found a successful opening combination with Yadav and West Indian aggressive batsman Evin Lewis. This time around skipper Rohit Sharma paid heed to demands made during the last few seasons to open the innings for MI keeping the forthcoming ICC World Cup in mind and new inclusion Quinton de Kock joined him as an opening partner. Rohit had been coming at No 4 for the most of last season but this time around experienced Yuvraj Singh took the slot making Yadav fight for the No 3 spot with Kishan.

The Jharkhand dasher had occupied the slot last season but he was doing the dual job of wicketkeeper and batsman. With De Kock taking on the wicketkeeping role Yadav got the nod ahead of Kishan.

However, the Mumbai batsman who is not immune to middle order batting had a couple of failures, but also, a promising start against Royal Challengers Bengalore (38) to show before he came to bat under pressure against Chennai Super Kings on Wednesday after MI lost De Kock early. With Rohit struggling at the other end with CSK, pacers Deepak Chahar and Shardul Thakur were getting enough purchase from the wicket to trouble batsmen. But Yadav at his wristy best struck two boundaries of Thakur in the fourth over and followed it with three boundaries of Chahar to put the hosts on the track.

Rohit and Yuvraj fell in quick succession prompting Yadav to drop anchor. After playing a measured innings to arrest slide, he then played his shots again and completed his half century with an effortless six before holing out to deep in a bid to find quick runs in the last ball of the 18th over.

“Very happy to have contributed towards the victory tonight. Feels great to be part of the MI family and to have become the 1st team to win 100 @ipl games. Up and onwards!” Yadav tweeted after the match. Having won two games after four matches, Mumbai Indians will face Sunrisers Hyderabad next in an away fixture on Saturday.