Mashrafe Mortaza announced his retirement from T20 internationals, saying the ongoing two-match series against Sri Lanka will be his last. 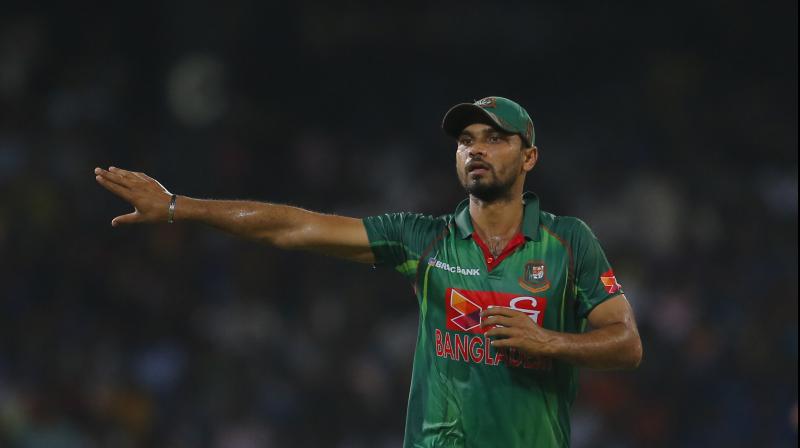 Mashrafe Mortaza has played a total of 52 T20s for Bangladesh and has notched up 39 wickets at an average of 37.56. (Photo: AP)

Dhaka: Bangladesh's Mashrafe Mortaza has announced his retirement from T20 internationals, saying the ongoing two-match series against Sri Lanka will be his last.

The 33-year-old's announcement came during the toss of the opening T20 against the Upul Tharanga-led side at the R. Premadasa Stadium in Colombo on Tuesday.

"I would like to thank BCB, my family and friends, team-mates and coaching staff. I would also like to thank my fans who really supported me in the last 15-16 years," ESPNcricinfo quoted Mortaza as saying.

The right-arm pacer, who led Bangladesh in the most number of T20Is, was also a handy bat down the order, having struck 23 sixes in 37 innings.

However, Mortaza will continue as the ODI captain, with his next assignment coming in a tri-series in Ireland , which also features New Zealand as the third team.