But the team will be without top order batsmen Shreyas Iyer and Prithvi Shaw. 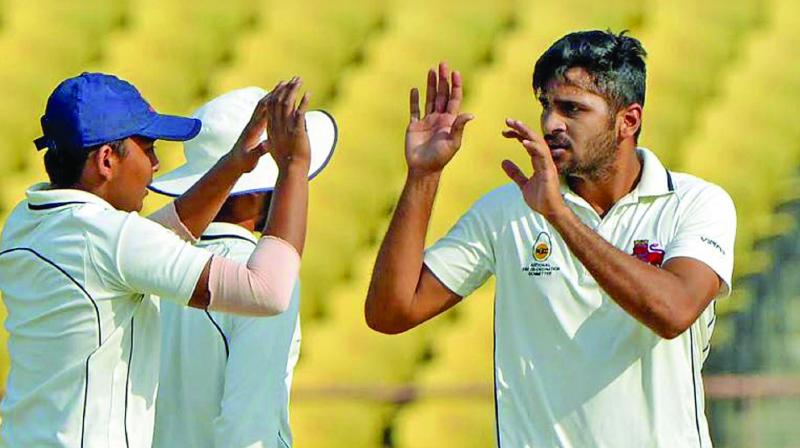 Shardul Thakur has been included in the 15-member Mumbai squad for the Inter State Twenty20 West Zone League. The right-handed pacer injured his shoulder while attempting a catch on the first day of the last Ranji Trophy league game against Tripura. He failed to return to the field for the rest of the match, which was won by Mumbai inside three days.

The 26-year-old missed the Ranji quarter-final in Nagpur that Mumbai lost to Karnataka. He was, however, recalled to the Indian team for the six-match ODI series against South Africa. He underwent rehab, and has recovered fully. Thakur had a good season with Rising Pune Supergiant in the Indian Premier League (IPL) season last year, and he will be keen to build on it.

“He is completely fit and he will join us directly in Rajkot,” says Mumbai coach Sameer Dighe. The team announced here on Thursday, will have a fielding session on Friday, before leaving for Rajkot on Saturday.

However, top order batsman, Shreyas Iyer will stay out due to injury. He is also part of the 17-member Indian ODI squad that will start playing from February 1. “He (Iyer) is injured for now,” Dighe added.

The Mumbai team is also without Prithvi Shaw who is leading the India colts that is currently in New Zealand for the ICC U19 World Cup starting from January 13. His opening partner in the Ranji Trophy Akhil Herwadkar is also not in the squad.

Batsmen Bravish Shetty, Shashank Singh have been included while Khizer Dafedar who was part of the U-25 team has been given a berth in the senior side.

Wicket-keeper batsman Aditya Tare continues to lead the side and pace bowler Dhawal Kulkarni will be his deputy. Both have enough experience of playing in the IPL.

Mumbai will play four league matches in Rajkot. The opening game will be against Baroda on Sunday, followed by Gujarat on Monday, Saurashtra on Wednesday, and arch-rivals Maharashtra on Thursday.

“It was tough losing to Karnataka in the (Ranji) quarter-final. But we have moved on and are looking for a fresh start that has experience and some youngsters,” Dighe said.