Alex Carey elated over having a 'very role-specific side' 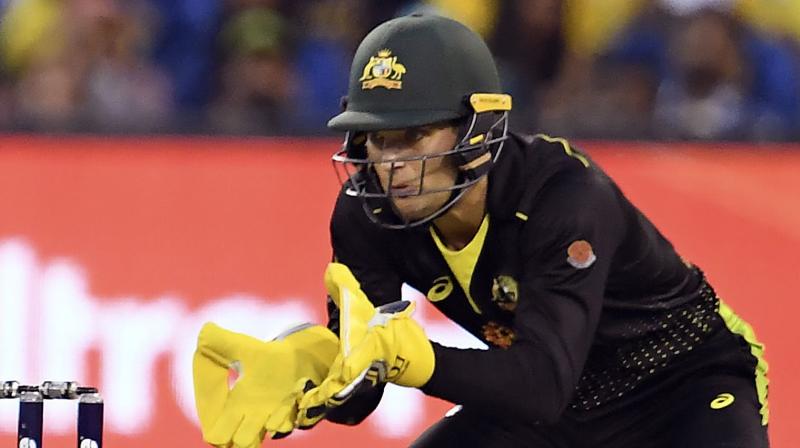 Australia wicket-keeper batsman Alex Carey is happy to have a 'very role-specific' side and has termed the performance of bowlers against Sri Lanka as fantastic. (Photo:AFP)

Dubai: Australia wicket-keeper batsman Alex Carey is happy to have a "very role-specific" side and has termed the performance of bowlers against Sri Lanka as fantastic.

"They've (bowlers) started this year quite well, and against Sri Lanka they were fantastic. Today, against Pakistan, the No.1-ranked team in the world, they set it up really nicely for the run chase," the International Cricket Council (ICC) quoted Carey as saying.

"It's a really well-balanced squad at the moment. It's nice to have a very role-specific side together. Players are feeling really confident in their roles and executing their roles," he said.

"And with the bat as well, the two at the top, smudge (Steve Smith) and then a couple of finishers. It's a nice group we've got together," he added.

From Pakistan, skipper Babar Azam played an unbeaten knock of 59 runs but Carey is hopeful of getting him out early in the next matches.

"Hopefully, we can get him out early, but then, he's shown that he's No.1 in the world in this format for a reason, and again today, he was really classy for them," said Carey.

"It'll be nice to get into that middle order a bit early, and Starc and Richardson have the weapons to do that. Hopefully, we don't have to worry about one player in particular," he added.

The second T20I between Australia and Pakistan will be played on November 5.