Naser had already won a bronze in the 4x400m mixed relay. She is elated after becoming the 'world champion'. 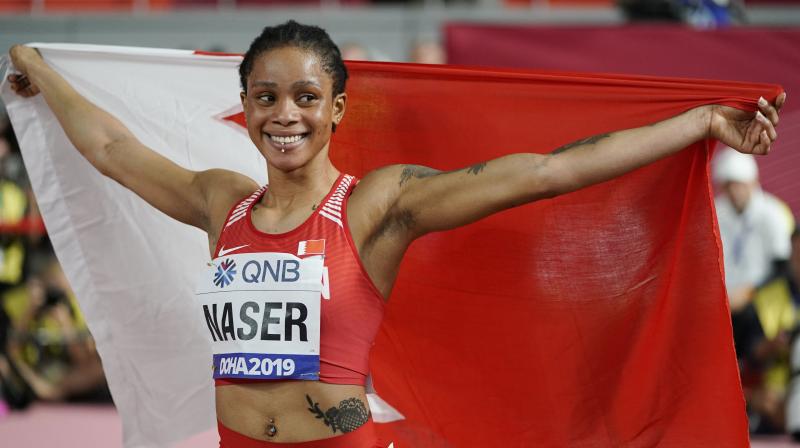 Naser, who is 21-year-old, clinched a gold medal while Shaunae Mille-Uibo of The Bahamas had to settle for a silver medal. (Photo: AP)

Naser, who is 21-year-old, clinched a gold medal while Shaunae Mille-Uibo of The Bahamas had to settle for a silver medal, clocking 48.37 seconds. Shericka Jackson of Jamaica bagged bronze by after completing in 49.47 seconds.

Naser had already won a bronze in the 4x400m mixed relay. She is elated after becoming the 'world champion'.

"This is crazy. I already did the mixed relays and I was just hoping for the best, but now I'm world champion. I'm really short of words to describe how I'm feeling, it's just crazy. I'm screaming I'm so happy," International Association of Athletics Federations' (IAAF) official website quoted Naser as saying.

"It's been so tough with all the training and injuries, and getting there has been hard. I didn't want to chase because I'm so used to chasing all the time, so I had to go out fast, and I just kept going. To cross the line and see that I am world champion in that amazing time, I just couldn't believe it," she added.