James Pattinson, who was ruled out of the test series against Bangladesh, will now take an indefinite break from cricket. 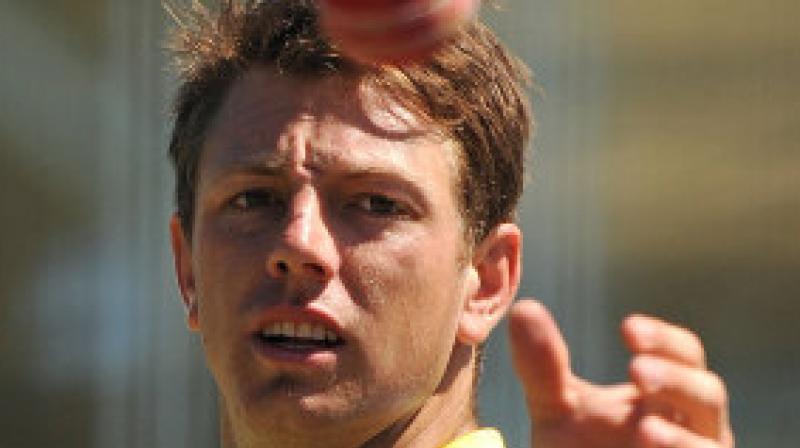 : In a major blow to , pacer James Pattinson has been ruled out of the upcoming Ashes against after re-aggravating his back injury.

The 27-year-old will now take an indefinite break from cricket after the medical staff revealed the seriousness of his lower back stress fracture which ruled him out of 's recent tour to .

Dejected to confirm the news, Pattinson said that he is extremely disappointed to miss out the possibility to play in a home Ashes series, especially after just getting back into a good run of playing cricket.

"Obviously I am extremely disappointed with this setback after just getting back into a good run of playing cricket. I'm especially disappointed to miss out on the possibility to play in a home Ashes series," cricket.com.au quoted Pattinson as saying.

"Over the next few weeks I will discuss all available options available to me with medical staff, to work out the best plan to prevent this from happening again," he added.

Pattinson, who has not played since July 1 when he represented Nottinghamshire in the final of 's one-day tournament against Surrey at Lord's, was a member of 's Champions Trophy campaign in but was not selected as Mitchell Starc, Josh Hazlewood and Pat Cummins handled the fast-bowling duties.

He was then ruled out of the subsequent tours of and due to pain he complained of following appearances in the English county season.

Although are Ashes holders, they have lost two out of their past three tours against Australia Down Under by 0-5.

will now be desperate to hit the ground running when the two sides meet at the Gabba in on November 23.