Results of the ODIs and T20Is will either quash or feed speculation whether the Indian captaincy should be divided. 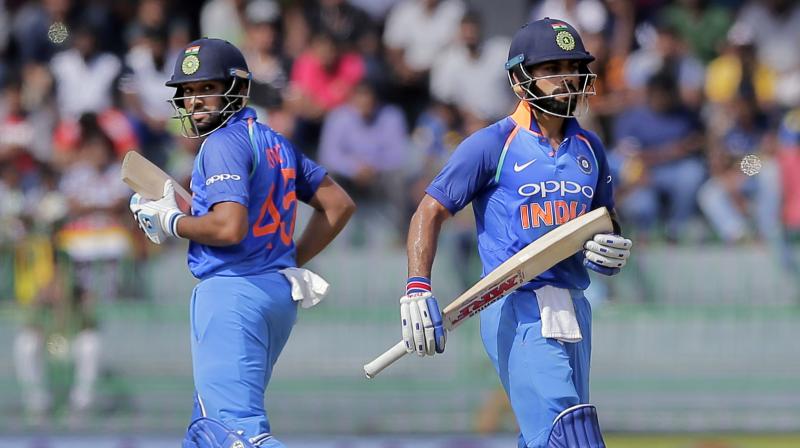 Virat Kohli vehemently denied there was any rift with teammate and World Cup batting hero Rohit Sharma before the team took off for the Caribbean, but the matter refuses to die swiftly.

Personality clashes always makes for a juicy story, and whatever the factual position of their relations, the two will have to live with the surround, at least for the present. But this cannot obscure the challenging task ahead on this tour, for them as well as the other players.

After the heady World Cup, this tour seems almost climactic. In the last decade or so, India and the West Indies have been locked in quite a few bilateral contests, which frankly, have been uninspiring from the spectatorship point of view. But there is more than a hint that Caribbean cricket is seeing an upturn, which could infuse a lot of drama in the impending matches.

While the West Indies stand at no. 8, 9, and 9 in Tests, ODIs, and T20s (ICC rankings), this should not lull the Indians into believing that the tour — in which 2 Tests, 3 ODIs and 3 T20is are scheduled — will be a cakewalk. In the past few years the West Indies have shown mercurial form, pulling off victories when least expected.

In 2016, they won the T20 World Cup. In the recently concluded 50-over World Cup, they were dangerously brilliant, though in patches. Considered weakest in the 5-day format earlier this year beat England 2-1 in a home series. Poor rankings in all formats reflect inconsistency and perhaps lack of deep ambition, but India can’t ignore the lurking threat.

While strong on paper and rankings, there are certain things that could be limiting for India. Bumrah, arguably the world’s best fast bowler, is rested for limited overs matches, star all-rounder Hardik Pandya, has been rested for the entire tour, and M.S. Dhoni has opted for military duty over cricket.  Their absence has to be covered up adequately.

There are several in the Indian squads — one format or another — who are either new (Chahar cousins, Saini), making a comeback (Manish Pandey, Shreyas Iyer), or looking to consolidate their places (Agarwal, Rahul, K Yadav, U Yadav, Chahal).

Those included in the squads are all players of high potential. But while this shows the depth in Indian cricket, they are under pressure to prove themselves, which gives a certain amount of vulnerability to the team they will play in.

The two under the most scrutiny, however, will be Kohli and Rohit: not for the alleged ‘rift’, but what direction they can give their respective careers from this point, having already accomplished a huge body of work.

Both face twin tests. Despite being in excellent touch in the World Cup, Kohli unusually failed to notch up a hundred that was customary for him earlier. More than batting milestones, however, it is his captaincy that will carry greater weightage this times

Results of the ODIs and T20Is will either quash or feed speculation whether the Indian captaincy should be divided. In Tests too, now that the World Championship has started, Kohli’s role as tactician and not just high scoring batsman become that much more important as every match has deep consequences now.

For Rohit, expectations of runs in limited overs cricket will be sky high after his majestic batting in the World Cup where he scored five centuries. In that sense, he has to bear this burden while staving off the law of averages!

Yet, the bigger challenge form him would be to find a regular place in the Test team. It is a travesty that such a gifted batsman has played only 27 Tests so far. Frankly though, Rohit’s had his opportunities but not made the most of them.

If he makes it to the Test playing XI somehow on this tour — not easy given the presence of Kohli, Pujara, Rahane, Pant, apart from all-rounders Ashwin and Jadeja - this could be his last chance to establish himself in this format.

For all the drama around their ‘rift’, true or not, the big test for Kohli and Rohit will be on the field of play. That’s where their focus should be.