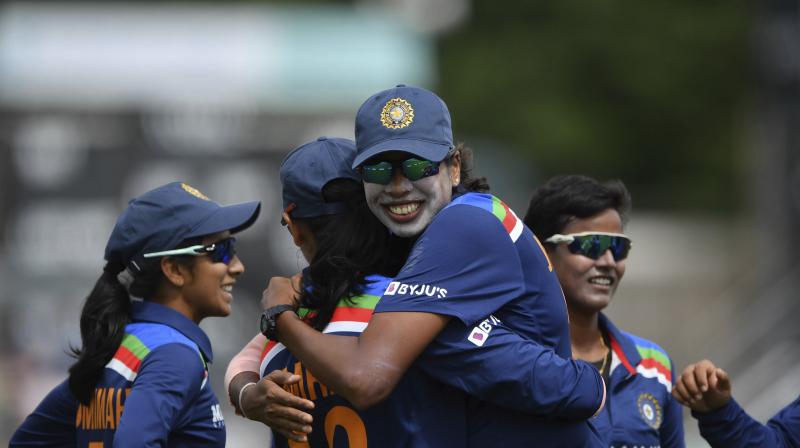 Worcester: Skipper Mithali Raj played a captain's knock to guide India Women to a consolation four-wicket win over England Women in the third and final ODI here on Saturday.

Chasing 220, Mithali, who became the highest run-getter across all formats in women's cricket on Saturday, anchored India's chase with an unbeaten 75 off 86 balls as the visitors surpassed England's 219 all out in 46.3 overs.

Besides Mithali, opener Smriti Mandhana made 49 while Sneh Rana played a 22-ball 24-run cameo towards the end.

Nat Sciver (49), skipper Heather Knight (46) and Lauren Winfileld-Hill (36) made useful contributions for England Women after being invited to bat in the final match, which was reduced to 47-a-side affair due to delayed start because of rain.