Record shows the class that Mithali is: Lisa Sthalekar 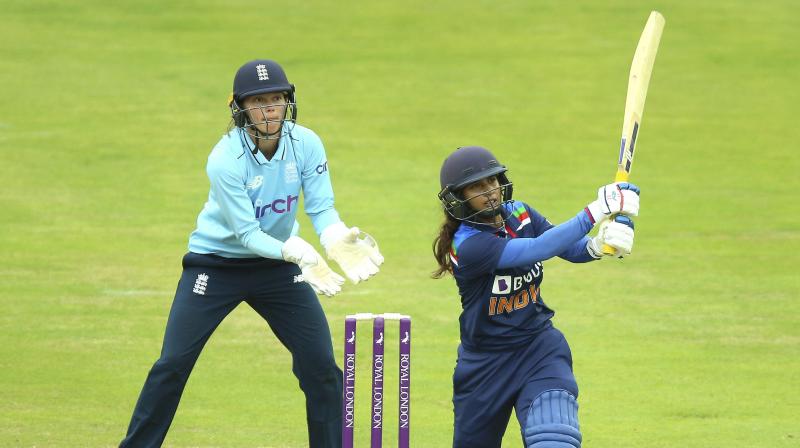 India's Mithali Raj reaches her half century during the ODI match against England in Bristol last Sunday. (Photo: AP)

India's ODI captain Mithali, who is already the leading run getter in ODIs, on Saturday surpassed former England skipper Charlotte Edwards to become the highest run getter across formats in women's cricket. They are the only two women cricketers who have more than 10000 runs.

Mithali scored her fourth successive half century on Saturday to lead India to a consolation victory over England in the third ODI here.

"Really the star of the day was Mithali Raj, she showed us exactly why she has continued to keep breaking records. It just shows you the class that she is," Sthalekar said on 'Cricbuzz'.

"Because she chases so well, I think she averages over 100 in ODI chases, just an outstanding feat."

Mithali, who has retired from T20 cricket in 2019, has already hinted that the 2022 Women's ODI World Cup, to be held in New Zealand from March 4 to April 3, will be her swansong.

Further lauding Mithali's game, Sthalekar said, "One thing that we do not see from her when India are setting targets is her taking risks early on in her innings. She does that when she is chasing because she knows, she calculates, she is so smart.

"She stands there before she faces the ball, she looks at the field, she looks up, adjusts the helmet and away she goes. And because she is chasing she knows when to switch, she does that so well that you wonder and you get frustrated sometimes that why can't she do that when India are setting.

"I know having bowled to her, you bowl a number of dots and out of nowhere she picks you up and hits you straight back over your head. With so much ease she does, I can't understand why you don't do that more often than not, but it doesn't matter in this case..."

Having gained vast experience during an illustrious career spanning more than two decades, the 38-year-old right-hander said she is currently enjoying the role of a mentor while fulfilling her responsibility in the team's batting unit.

Sthalekar said India are better in chasing and winning the toss meant they could play to their strength. In the end, Mithali remained unbeaten on 75 from 86 balls with the help of eight boundaries.

"India have managed not the impossible but certainly a challenging task by beating England in the third One-day International.

"Mithali Raj won the toss finally and no hesitation in putting England in because she feels and I think most of us would agree that India are a better side chasing than they are setting. So they got their wish," she added.