The Sports Minister also said that he is hopeful that the team bring home the World Cup trophy. 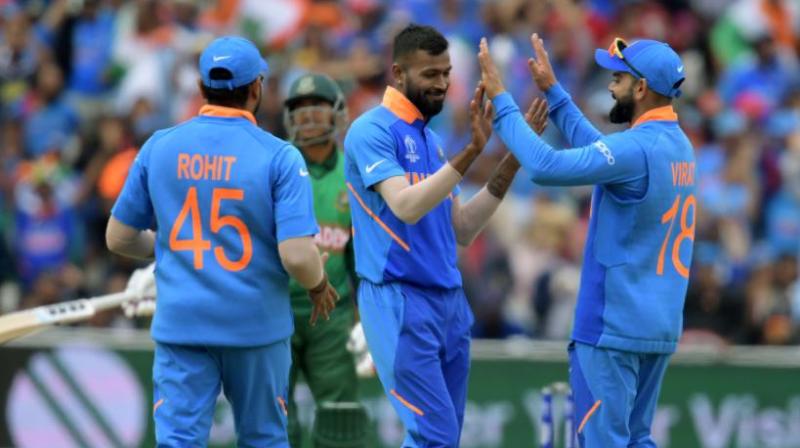 In a letter addressed to head coach Ravi Shastri, captain Virat Kohli and team India, Rijiju said team India is nation's pride and everyone across the country is celebrating the Men in Blue's success.

"The whole nation is inspired by your team's performance. Your passion, skills, togetherness and sportsmanship have been commendable throughout all the matches," the Sports Minister continued.

Handed over my letter of best wishes to the ICC World Cup #TeamIndia to Shri C K Khanna, acting President of @BCCI who called on me today. “A billion cheers galore as you go into play in the semi-finals, hoping that this success continues and you bring home the World Cup.” pic.twitter.com/uL4hHUpjDt

Rijiju, who could not be personally present in the UK, sent his wishes through the Board of Control of Cricket in India (BCCI) Acting President C.K. Khanna.

The Sports Minister further said he is hopeful that the team bring home the World Cup trophy.

"A billion cheers galore as you go into play in the semi-finals, hoping that this success continues through to the final, and you bring home the World Cup," Rijiju concluded.

India beat Bangladesh on July 2 to book its semi-finals spot. The team sit in the second place on the World Cup standings with 13 points from eight matches. India will take on Sri Lanka in its final league match on July 6 at Leeds.