Rayudu’s controversial retirement and the fierce cricketing competition in India

The competition for emerging cricketers is immense and selectors are spoilt for choices when it comes to picking talent. 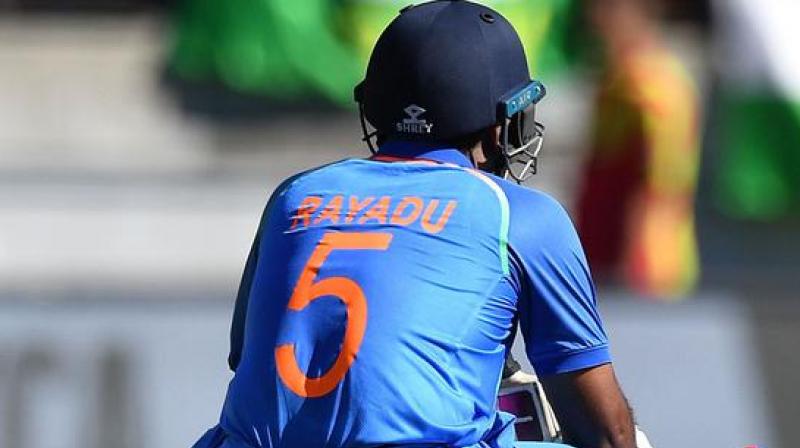 Rayudu however chose to not play the blame-game and ended his letter thanking the skippers he has played under. (Photo: AFP)

Mumbai: Ambati Rayudu recently sent a letter to the BCCI declaring his retirement from all formats of cricket. His decision to move on from the game came after the boards repeated decision of not picking Rayudu in the 15-man squad for the ICC Cricket World Cup 2019 and picking Rishabh Pant and Mayank Agarwal over Rayudu when the squad was hit by two injuries.

After 55 ODIs, 1694 runs including three centuries and 10 half centuries, Rayudu’s retirement came as a shock to many experts and fans. Though the 33-year old wasn’t the youngest of players, Many including IPL chairman Rajiv Shukla believed that Rayudu’s talents could have been used by the country in much better ways.

The player was in the reserve list for the World Cup squad but never made it to the final team. Even when Vijay Shankar was ruled out due to a toe injury, Mayank Agarwal, a player with no experience in ODI matches was chosen.

Cricket is by far the most watched and played sport in the second most populous country. With three first class competitions, four limited over competitions, three T20 competitions and numerous domestic level leagues, players yet to make their way up to the top need to beware of one fact-- Their margins of selection over other players are in most cases not big enough to accommodate their controversies as well.

Rayudu however chose to not play the blame-game and ended his letter thanking the skippers he has played under. “I would like to thank the captains I have played under, MS Dhoni, Rohit Sharma and especially Virat Kohli who always had shown great belief in me throughout my career with the Indian team,” said Rayudu.