New Zealand’s openers have scored only 299 runs between them in 16 innings. 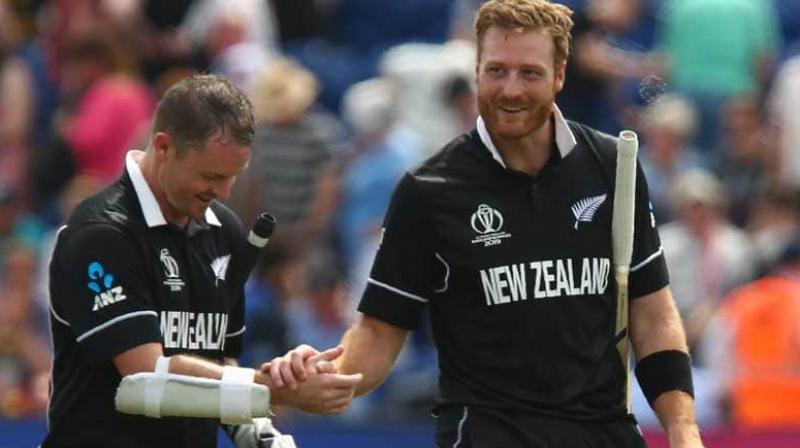 New Zealand’s openers Colin Munro and Martin Guptill have proven to be explosive but only on occasions where the conditions have suited them. (Photo: AFP)

Mumbai: England has picked up the form that gave them the favourites tag before the 2019 ICC Cricket World Cup started. After coming out of two consecutive defeats, the team went on to crush India and then thrashed New Zealand by a big margin to cement their semi-final spot.

New Zealand began the world cup with openers who could provide big targets for oppositions to chase. However, they are now left with three batsmen who haven’t played to their best potentials. Four ducks later, New Zealand’s openers have scored only 299 runs between them in 16 innings, 131 of them in one single chase.

New Zealand’s openers Colin Munro and Martin Guptill have proven to be explosive but only on occasions where the conditions have suited them. New opener Henry Nicholls has not had enough experience opening. This has resulted in Kane Williamson having to come out and bat in the first over thrice, and often in the first 10 overs.

New Zealand must now rely on smart cricketing to win, because the conditions batsmen play in change every game, and so do the opponents.

Now one win away from a semi-final birth, New Zealand must hope they find pitches and conditions in their favour in the knockout stage, while also being prepared the same to not be according to their convenience.