Emerging as an unexpected fan of the India cricket team, Mueller, a Bayern Munich product, declared his love for 2-time ODI world champs. 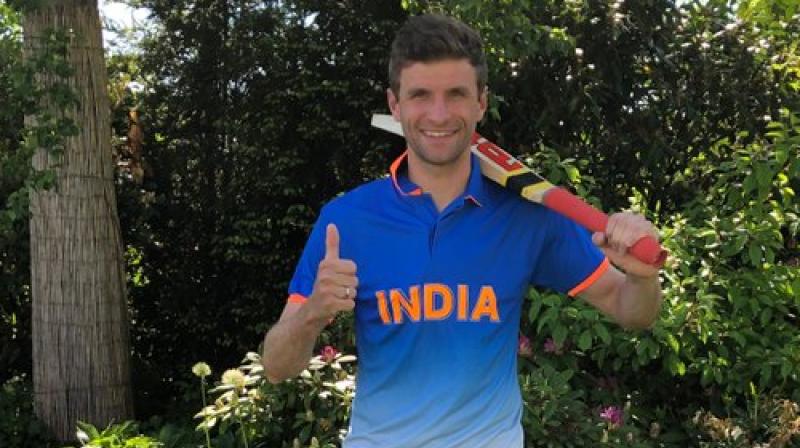 Emerging as an unexpected fan of the India cricket team, Mueller, a Bayern Munich product, declared his fondness for the two-time ODI world champions.

Alongside a picture of him wearing an Indian cricket team jersey and holding a bat in one hand, Mueller tweeted: "I wish all participants of the Cricket #WorldCup2019 good luck & thrilling matches."

Stating that Virat Kohli had often supported the German national football team in the past, Mueller said he now wants to return the favour by backing the Indian team.

"Especially I cross my fingers for @imVkohli, the captain of the Indian team. He's a fan of @DFB_Team and supported it multiple times in the past #Cricket #GermanyCheersForIndia," the 29-year-old, who was a part of the 2014 World Cup-winning Germany team, wrote on his twitter page.

In response Virat Kohli also tweeted a sweet thank you to Mueller.