The win against England not only opened the tournament, but, it also helped Pakistan to leapfrog to sixth in the league rankings. 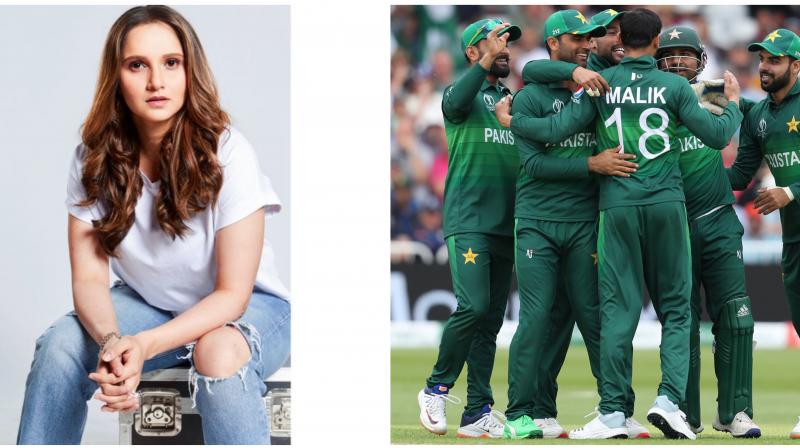 After receiving a beating at the hands of West Indies by 7 wickets in the first match, the men in green came back strongly to defeat a formidable England side by 14 runs.

The win against England not only opened the tournament, but, it also helped Pakistan to leapfrog to sixth in the league rankings.

This victory is totally unique as the team produced a different batting show against the Eoin Morgan led-side than the Jason Holder-led side.

Sarfraz’s team was bundled out for a paltry 105 runs, but, against the Joe Root side, the batting unit assembled to put up a mammoth total of 348.

However, the hosts nearly pulled off the win and all credit goes to Joe Roor and Jos Buttler who put up a 130 runs stand.

After Pakistan’s unbelievable win, the twitteratis erupted and shared the good news on the social media site.

Even Pakistani cricketer, Shoaib Malik’s wife and Indian tennis ace, Sania Mirza took to twitter and congratulated Malik and his team-mates for their outstanding display.

The 32-year-old mother congratuled the one-time World Cup winners, Pakistan, for maintaining their status of being ‘unpredictable and inconsistent’.

Congratulations to Team Pakistan on bouncing back the way they did and being as unpredictable like it always is !!! @cricketworldcup got more interesting than it already was 😏😀

Meanwhile, Shoaib Malik, 37, is playing his last World Cup. He has so far scored eight runs and bagged the important wicket of last match’s man of the match, Ben Stokes.