McGrath, who holds the record for the most wickets in the World Cup, said India have a quality side and they need to be consistent throughout. 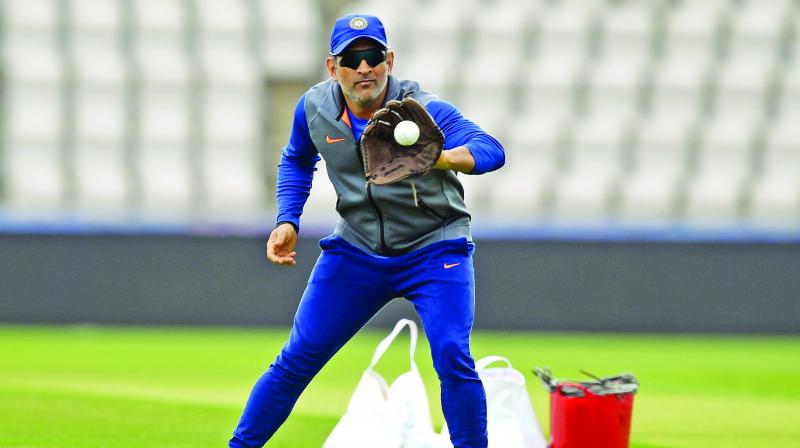 M.S. Dhoni during a training session on Monday. (Photo: AP)

“There is always pressure on India who have done well in the big tournaments. I think, the presence of Dhoni will be a massive factor for India. The experience that he has and the way he goes about the game; he knows it so well. It will benefit India. I liked the way Dhoni finished games recently in the one-dayers,” added McGrath.

McGrath, who holds the record for the most wickets in the World Cup, said India have a quality side and they need to be consistent throughout. “They have to play a positive brand of cricket. Jasprit Bumrah who is the best limited-overs bowler in the world at the moment. The lengths he bowls and the yorkers he deliver at the end make him the most lethal bowler currently,” he said.

Yuvraj Singh played a crucial role as an all-rounder when India won the World Cup in 2011. McGrath picked Hardik Pandya to do a Yuvraj this edition.

“Pandya can play that role in the middle. DK (Dinesh Karthik) is a good finisher too. If you are on a winning spree, you don’t change the formula. I am looking forward to see how they go about their first game,” he said.

McGrath said he enjoys watching speedsters such as Pat Cummins, Mitchell Starc, Kagiso Rabada and Bumrah. “Cummins has done incredibly well. Starc is a match-winner when he gets it right. And I am really impressed with Rabada and Bumrah. The reason Mumbai Indians did so well in the IPL was because they had the likes of Malinga and Bumrah to finish things off,” he added.

Under Eoin Morgan, Cup hosts England have been on a dream run in the ODIs. McGrath said they are the team to beat. “They are a quality one-day unit. They have been very consistent in the last 2-3 years. Australia and India also have the ability to win this World cup, but England are my favourites,” said McGrath.

Talking about South Africa’s disastrous start, McGrath said: “The brand of cricket that SA played — when you compare it with it India’s or England’s. England are setting the tone with the way they bat in ODIs. Earlier it used to be go hard in the first 10-15 overs, consolidate from there on and then go hard again in the death overs. But England have set the tone by going hard for the full 50 overs. I just think SA haven’t been consistent enough to be able to do that.

“Whether it is consistency or confidence, I don’t know but they have some quality players who have the ability to do well but they don’t seem to be there at the moment.”

McGrath said the longevity of his career helped set high benchmark in the World Cup. “If someone plays long enough, then why not. Records are meant to be broken and it will all boil down to longevity of career,” added the Aussie.