Bangladesh missed Shakib when a finger injury ruled him out of the ODI series in New Zealand earlier this year. 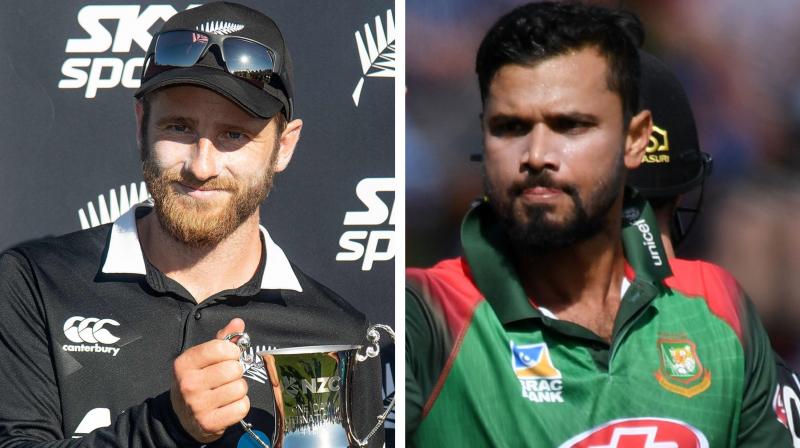 London: Bangladesh all-rounder Shakib Al Hasan has set his sights on a memorable 200th one-day international as his side chase a second successive World Cup win against New Zealand on Wednesday.

Shakib was the key man when Bangladesh upset South Africa by 21 runs in their opening match on Sunday.

His composed 75 helped steer Bangladesh to their highest one-day international total of 330 for six before the spinner took 1-50 to restrict South Africa to 309-8.

That wicket made Shakib only the fifth player behind Sri Lanka's Sanath Jayasuriya, South African Jacques Kallis, and Pakistan pair Shahid Afridi and Abdul Razzaq to reach the landmark of 5,000 runs and 250 wickets in ODIs.

The 32-year-old's next challenge comes at the Oval against a New Zealand side who crushed Sri Lanka by 10 wickets in their opening match.

Shakib has experience of upsetting the Black Caps after inspiring their five-wicket win over New Zealand in the 2017 Champions Trophy with the most recent of his seven ODI hundreds.

Bangladesh missed Shakib when a finger injury ruled him out of the ODI series in New Zealand earlier this year, in which they were routed 3-0 by the hosts and the all-rounder hopes Bangladesh will put up a tougher fight against New Zealand this time.

"Building up to this World Cup, we knew what challenges we might face. We prepared well, so that gave us a lot of confidence and belief. We came to this World Cup wanting to do well," he said.

"We are up for the challenge but at the same time, we are relaxed. We knew we had the skill to beat big teams.

"I think that we are in a good place, mentally. I think if we can continue in this manner, we can go a long way in the tournament."

Shakib will become only the third Bangladesh player to play 200 or more ODIs, behind skipper Mashrafe Mortaza (210) and Mushfiqur Rahim (206).

But he remains modest about his milestone moment.

"I'm very happy the way I contributed (in the last game). If I do that every time, the stats will take care of themselves," Shakib said.

"I don't normally look at it (his statistics), but if people are talking about it, I obviously feel happy." New Zealand showed against Sri Lanka that they are a well-rounded team more than capable of going a long way in the tournament.

They did not miss pace spearhead Tim Southee (calf) and top-order batsman Henry Nicholls (hamstring) in their opening game.

Matt Henry, who replaced Southee, took three wickets in Sri Lanka's 136 all out, while openers Colin Munro and Martin Guptill knocked off the 137 required in just 16.1 overs.

"I guess you want to build that momentum early. If we bowl first in the next few games we can hopefully continue to do that and make it difficult for the guys to score," Guptill said.

"Then if we can come out and play with a bit of freedom like we did this afternoon with the bat, I think we'll have a pretty successful tournament."