6 people have been killed and several injured in the London terror attacks which happened early on Sunday morning. 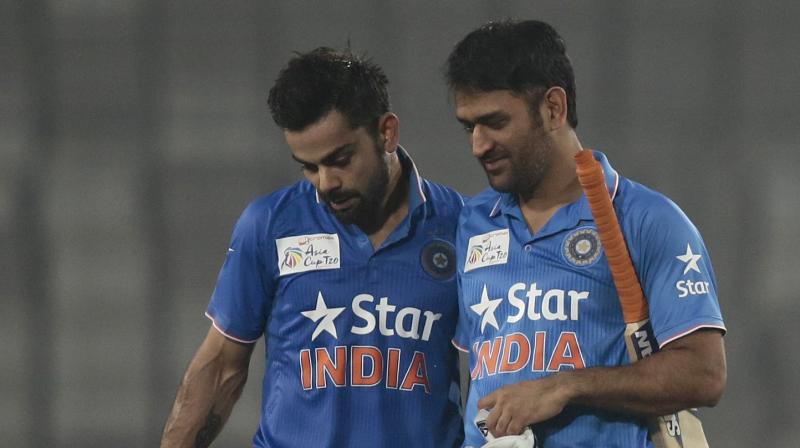 While the match will be played in Birmingham, which is around three hour-drive away from England capital, the organisers are in a no mood to take any risks, it was learnt. (Photo: AP)

Birmingham: The security at the team hotels and the match venue for the India versus Pakistan ICC Champions Trophy clash has been tightened in the wake of London terror attacks early morning on Sunday.

While the match will be played in Birmingham, which is around three hour-drive away from England capital, the organisers are in a no mood to take any risks, it was learnt.

It was reported that Board of Control for Cricket in India and Pakistan Cricket Board were reported about the security scenario.

England were rocked by Manchester terror attack on May 23 this year and the attacks in London on Sunday, which saw 6 people getting killed and several being injured, has put England on high alert.

“Our thoughts are with everyone affected by the horrific attack in Manchester. The ICC and ECB place safety and security at the ICC Champions Trophy and ICC Women’s World Cup this summer as the highest priority,” said ICC.

“We operate on advice from our Tournament Security Directorate – in conjunction with the ECB and relevant authorities – to ensure that we have a robust safety and security plan for both tournaments. We will continue to work with authorities over the coming hours and days and review our security in line with the threat levels,” added the cricket’s governing body.

“The security situation has been very much front and centre of our preparations and we constantly review our procedures to guarantee they are as effective as possible to keep everyone safe. We do not disclose our security details as a matter of policy,” concluded ICC.

The arch-rivals - Virat Kohli-led India and Sarfraz Ahmed's Pakistan - will open their ICC Champions Trophy campaign at the Edgbaston Cricket Ground on Sunday.